Lenovo released its first two 10.1-inch tablet convertibles Lenovo Yoga Book with its clever Halo keyboard in September 2016 with the choice of either Android or Windows, with the Windows model being distinctively branded Lenovo Yoga Book Pro in some markets.

Now whether this is a 10-inch or 12-inch version, or an Android version or a Windows version, or some combination of these variables, I don’t know yet. And that’s just based on the past models. 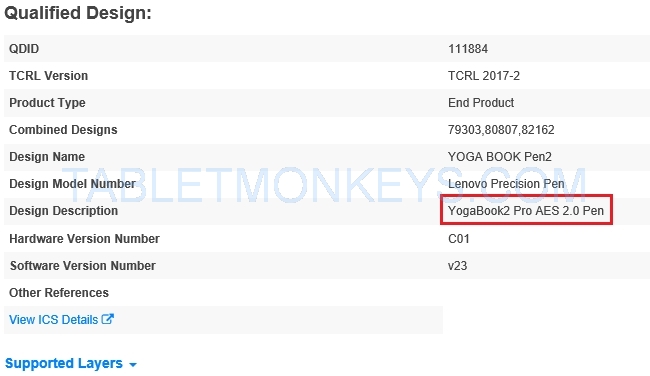 To make matters even more complicated, Jeff Meredith who is the general manager and VP of Android and Chrome at Lenovo, said back in December 2016 that Lenovo would launch a Lenovo Yoga Book Chrome OS version in the middle of 2017.

2017 came and went, but the Lenovo Yoga Book Chromebook never surfaced after that first initial talk about it. So while the upcoming Lenovo Yoga Book 2 Pro sounds the closest to a Windows version, there’s no knowing yet which one of the operating systems, Windows, Android, and Chrome it will run.

Lenovo Yoga Book 2 Pro appeared officially at the Bluetooth certification organization when I noticed that Lenovo has certified a new particular digitizer for it, called Lenovo Yeti 2.0 Pen aka Yoga Book Pen 2.

A new pen and new pen technology sounds like very good news, because I always found the writing and drawing with the pen on the Halo keyboard of the first 10.1-inch Yoga Book to be slightly uneven. Though this was always on devices owned by others, so I have always wondered how much greasy keyboards have been a part of that reason.

The Lenovo Yeti 2.0 Pen for the Lenovo Yoga Book 2 Pro is a modern Active ElectroStatic (AES) 2.0 digitizer, so it should perform well. It’s even filed as a Lenovo Precision Pen at the Bluetooth registry. The Blutooth version is 4.2, and it was filed on May 15.

Lenovo Yoga Book with either Windows or Android are both out of stock at Lenovo, but there are still some available from Amazon.

If Lenovo doesn’t hold an event of their own for the launch of Lenovo Yoga Book 2 Pro, then the next computer trade show is Computex in Taiwan from June 5 to June 9, which is not far from now. 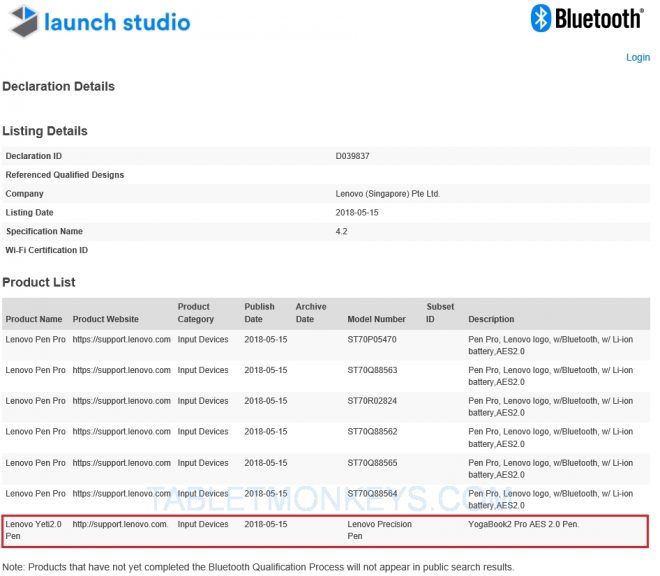 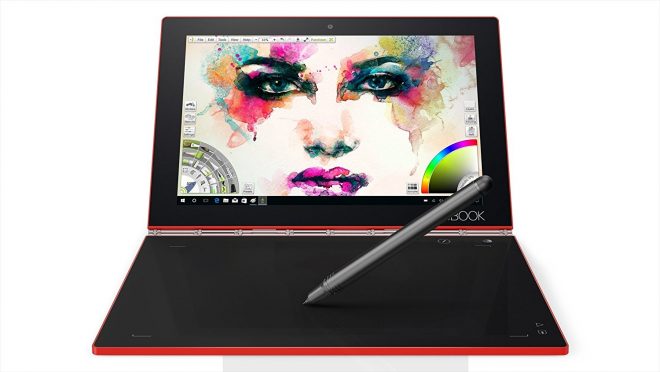