The HP Envy x2 is a longstanding Windows 2-in-1 tablet from HP, introduced 4 years ago. HP made a lot of headlines in December last year when they announced a ARM based version of a new HP Envy x2, powered by a Qualcomm Snapdragon 835 processor and running Windows 10 S. But the majority of people are simply confused by this, not to mention that it doesn’t fit the needs and uses for the majority of people, so HP will also launch a 7th gen. Intel Core Y-series powered version of it with regular Windows 10 (Home).

Based on its design, it goes up against the likes of Samsung Galaxy Book, with a folio case with keyboard, and detachable tablet with round edges.

It has a 12.3-inch screen with 1920 x 1280 resolution with protective Gorilla Glass 4, digitizer pen, up to 25GB SSD storage and 8GB LPDDR3, and a fanless cooling for the Intel Core i processor. A main feature here is the integrated Intel XMM 7360 LTE-Advanced 4G connection. 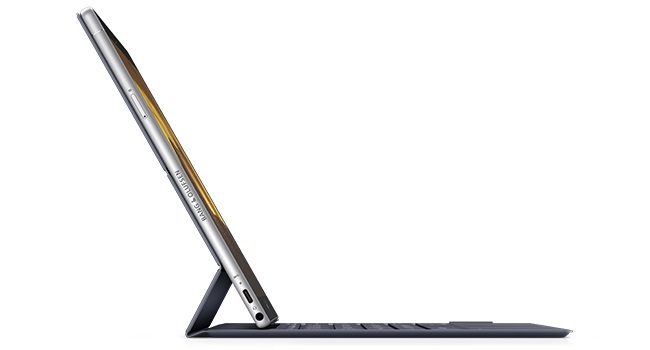 A long battery life of up to 16.5 hours is claimed, with 90% charge support in 90 minutes. It has Bang & Olufsen speakers, full Wi-Fi cover, a 5MP front camera and 13MP rear camera.

The tablet is 7.9mm thick, while the dark blue keyboard is backlit. Ports includes a USB C port on each side, and an audi combo jack.

As for launch date, HP says they are only aiming for an approximate launch during spring when prices and configurations will be announced. 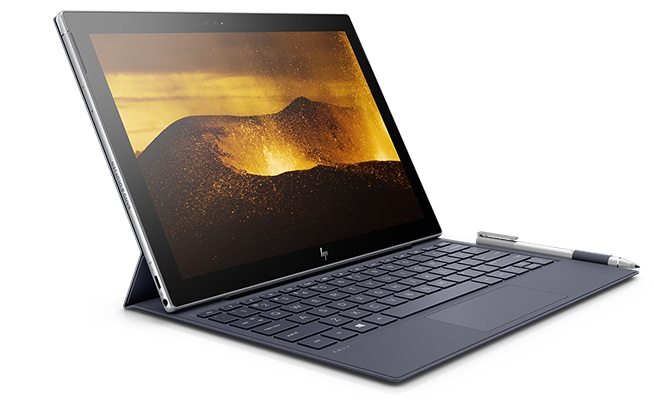