That makes it a little interesting to anyone in the market for a cheap Windows 10 laptop with touchscreen and tablet mode nowadays. 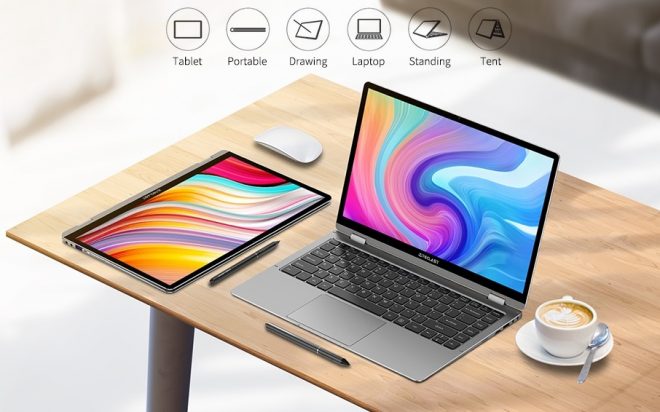 Teclast are among the Chinese brands that now tends to use more high quality components than in the areas where they didn’t before, so it has the same fast storage one expects in a proper computer. It also means that the battery isn’t too small. In fact it’s a 10,000 mAh battery that has an estimated 7 hour battery life. Not record breaking, but not a put off in this price range.

It’s built with an all-aluminum body and a modern design with slim bezels around the screen, as well as a large trackpad, and a grey / silver finish. The Teclast F6 Plus can rotate the display into tent mode as well as into tablet mode when turned all the way around against the underside of the keyboard. The design is clearly from the Intel Core m3 powered Teclast F6 Pro. The Teclast pen it supports is a 1024 pressure level sensitive pen called Teclast TL T6 that’s optional.

So an interesting and not too large convertible laptop for those who carry it with them regularly. Though if you live in the US, you should know that it’s even possible to get a 10th gen. Intel Core powered laptop from HP at the same price before Christmas, if computer power is what you’re primarily after. 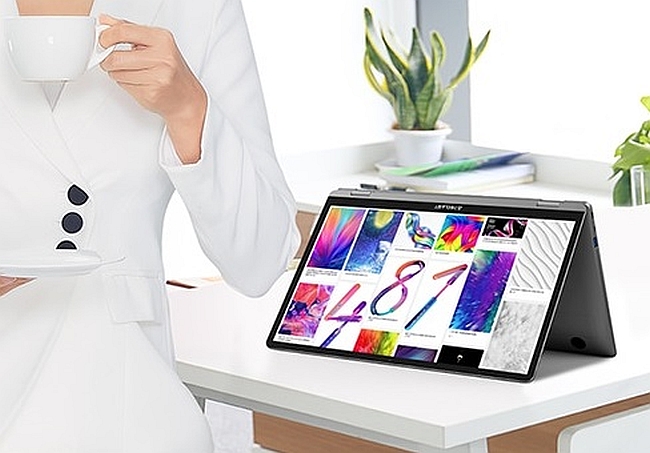