The most exciting thing to be unveiled at Lenovo’s 3 day event in Florida these days, has so far proven to be the 13.3-inch foldable Lenovo ThinkPad X1, a foldable Windows PC as Lenovo currently labels it.

The first info on this device leaked in October 2018, when industry sources in South Korea leaked that LG had started developing the foldable OLED display on behalf of Lenovo.

Related:
13-inch Foldable Tablet From Lenovo With LG Display Reported To Go Into Production In 2019 H2

But now Lenovo have officially unveiled a prototype of it in a preview of a foldable Lenovo ThinkPad X1 that Lenovo says will be launched next year in 2020. 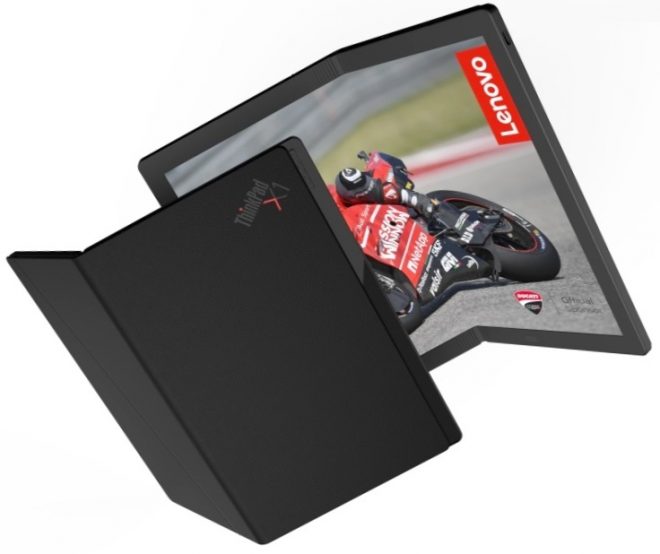 But while Lenovo were were eager to show off this interesting prototype, they are generally tight lipped about the main specs, though these can essentially be estimated anyway.

Specs officially revealed however is that this 13.3-inch foldable tablet is a Windows 10 PC in the ThinkPad X1 family, meaning that it’s high powered. The LG display is a 13.3-inch flexible OLED touchscreen with 2K resolution (perhaps 2048 x 1080) and 4:3 aspect ratio, which is 9.6 inches in size when folded, and it will feature a Intel processor, Wacom digitizer pen support, have its own range of accessories like a dock that connects it to even more monitors, or a stand that connects it to a physical keyboard.

Based on the previous leaks on this tablet, it’s estimated that Lenovo’s foldable tablet will go into production in the second half of 2019. 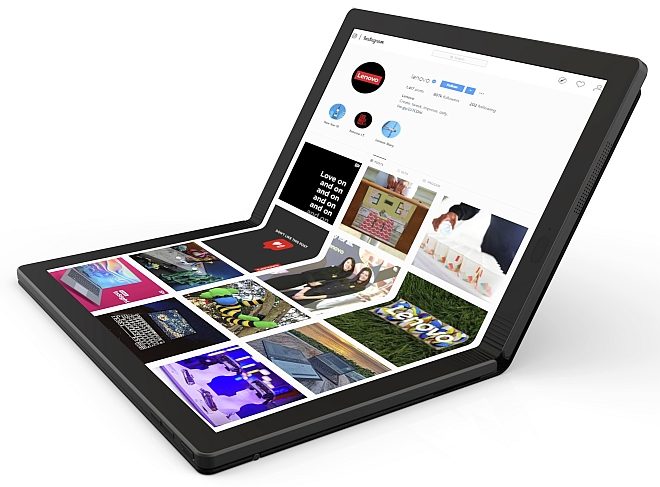