Android Authority picked up a story today from South Korean media ETNews, who reports that Lenovo is buying flexible screens from LG in order to produce a folding tablet at 13 inches, which would make it the largest of foldable tablets rumored to launch within the coming 2 years.

LG is Samsung’s main rival in the production of OLED displays, and according to the industry sources ETNews have spoken to, LG have signed a non disclosure agreement with Lenovo for the development of a folding 13-inch display, and this should be one of LG’s flexible OLED displays.

A foldable tablet that is a good 13 inches when folded out, then means that the tablet would have to be over 9 inches when folded, depending on how much of a bezel frame there is in both modes. A 13-inch tablet today is almost the same size as two and a half 8-inch tablets.

While the testing and development of this 13-inch foldable tablet from Lenovo is reported to be under way, it’s being said that the production won’t start before the second half of 2019. So it sounds like we are still a long time away from a possible launch of it. 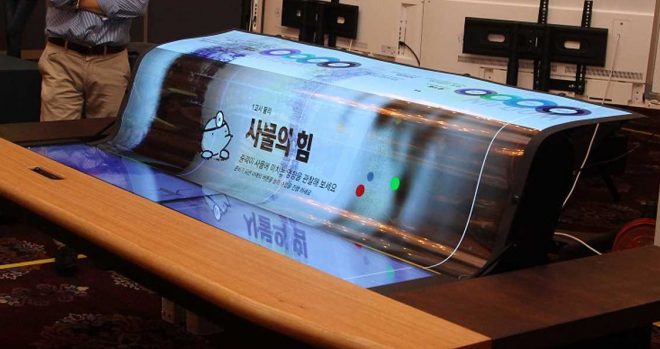