The brand new 12-inch Windows 10 tablet Toshiba Dynapad N72 was first unveiled in Japan on October 13, before it was then released first in Japan too in December.

Compared to what else is on the market right now, the Toshiba Dynapad has a good price to value ratio. The essence of this tablet is about offering a 12-inch productivity tablet that utilize all that Windows 10 can offer in this regard, along with a top of the line high-precision Wacom Active Electrostatics (ES) TruPen digitizer pen that has 2048 pressure levels of sensitivity. And the pen is included in the price too. 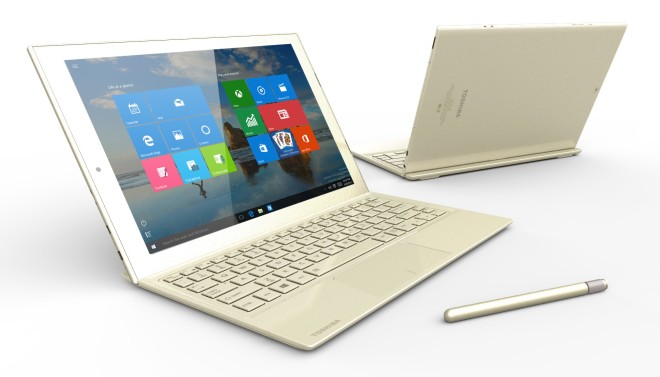 So the Toshiba Dynapad N72 is a tablet that is significantly cheaper than a Surface Pro 4, but that can still do some of the same things that the Surface can, and at almost the same dimensions.

At launch, this tablet is the thinnest and lightest 12-inch Windows tablet, at 6.9 mm and 579 grams. But the thickness record will only stand until the 6.3 mm thick Samsung Galaxy TabPro S launches later in February. Toshiba has actually used carbonfiber to wrap up the tablet with.

But this tablet is by far the lightest 12-inch Windows 10 tablet on the market today. The weight of other tablets in the same category, begins at as much as a tablet and large smartphone put together, or just over 700 grams.

Ports include two micro-USB 2.0 ports, a micro-HDMI port, and a 3.5 mm audio combo jack, while it has digital compass, accelerometer, and gyro for sensors.

The full-size keyboard is very solid, works as a cover too, and has a built in stand for the tablet.

A lot of people have been waiting for the release of this tablet, so it’s good to finally see it available outside of Japan too. 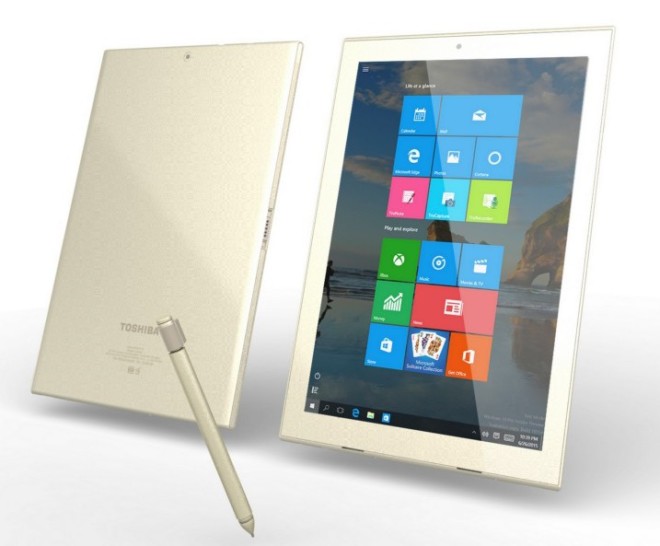 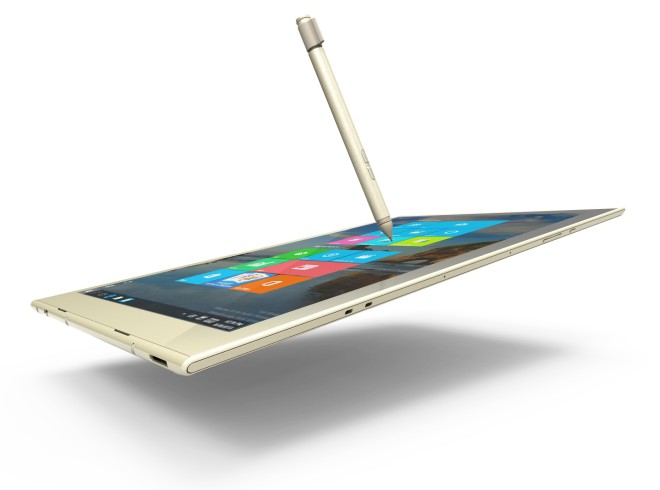 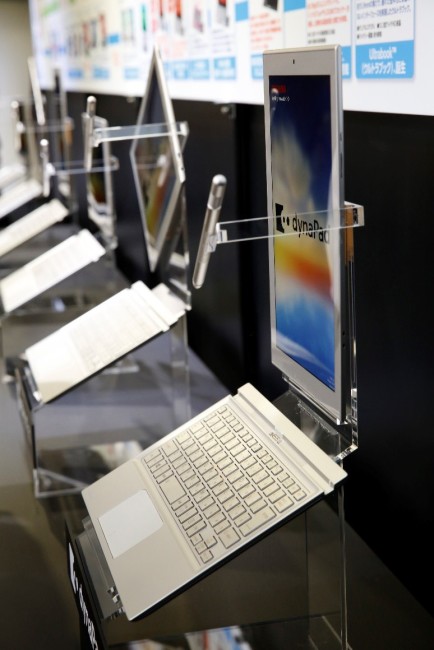