Because of that it will launch with the MagicUI4.0 UI on Android 10, but perhaps there’s an update coming later on.

But because it is an upgrade, what we have the most to be excited about is the bump up to 6GB of RAM and 128GB of storage. Because the processor is still the same MediaTek MT8786 processor. 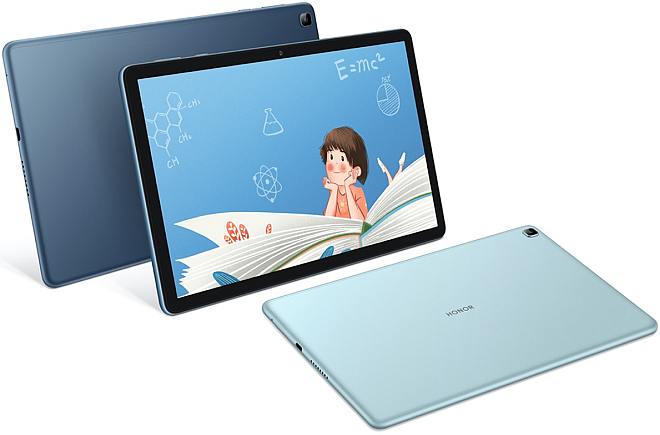 The 10.1-inch screen has a Full HD resolution of 1920 x 1200, with a 2MP front camera and a 5MP rear camera. So the Honor Pad X8 is mainly a tablet made for doing some work and media consumption, without going overboard on price, since it’s launching for the equivalent of $190 in China one week from now, on September 22.

Instead of going for Dolby audio, this tablet utilizes the mother company’s Histen audio technology with the stereo speakers.

All other specs are basically standard, such as dual-band Wi-Fi 5, BT 5.1, a 5100 mAh battery, a TUVRheinland certified screen, and a USB C port and no separate audio jack.

It’s a slim tablet though at 7.55mm and not very heavy either at 460 grams, with color choices of dawn blue or mint green.

This tablets may launch outside of China during the fall like some of the other Honor tablets have already, but it will face stiff competition from the class leading Lenovo Tab M10 Plus (3rd Gen) and Samsung Galaxy Tab A8 10.5 in this tablet category.