With Xiaomi’s July release of the Xiaomi MiPad tablet in China, their first Android tablet ever after years manufacturing the very popular Xiaomi smartphones, the MiPad tablet is also becoming available worldwide through third-party vendors.

Xiaomi MiPad was unveiled on May 15, being the first tablet to feature the new 2.2GHz NVIDIA Tegra K1 processor. The other specs are 2GB of DDR3 RAM, a 7.9-inch IPS screen with 2048 x 1536 resolution, and Android 4.4 OS with Xiaomi’s own user interface on top of that.

The price for this piece of tablet candy is just $240 in mainland China, but for those who buy outside of China through third-party vendors there’s the unfortunate additional cost of about 50% on top of that, or about $320 all in all, as one can see on Aliexpress. 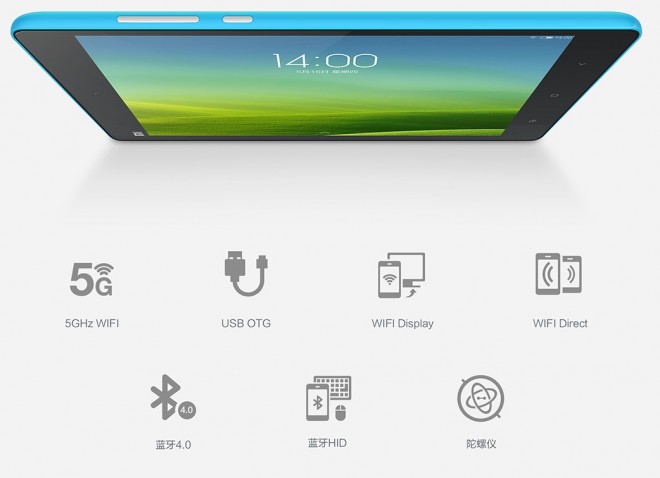 The price will go down a little worldwide later in July though, once these tablets begin to flood the market. The first Xiaomi MiPad to release is the white 16GB edition, which is the edition that is up for reservation in China at the moment, with release on July 8. The other color variations will then follow suit later on, as will the 64GB model option.

We can then only hope for an officially Xiaomi supported global release later on, with language support for all the languages that are missing from the first edition of the Chinese one.