Samsung have announced the new Wisecamp Samsung Galaxy Tab A with S Pen tablet that is a tablet in the education tablet segment.

Wisecamp is a growing suite of apps and features that educate and promote learning for children, so it’s not a kids tablet that also do entertainment. Instead, the focus is 100% on learning.

The difficulty level can be set according to each persons age or education level, and includes languages, history, math, memorizing, problem solving, social studies, science, computer coding, and storytelling among other subjects. Online teaching videos with teachers will show up on occasions to explain something or ask questions. 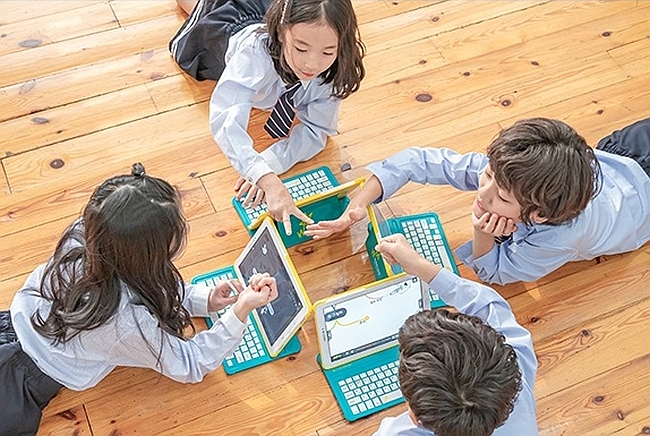 Unfortunately the Wisecamp suite is only available in Korean at this point.

The tablet underneath is not an entirely new tablet, it’s actually the 8-inch Galaxy Tab A with S Pen 8.0 (2019). The only difference being the lightly rugged yellow case with the accompanying green keyboard.

The Wisecamp tablet is based on this tablet because the S Pen digitizer is needed when writing by hand during some of the lessons, for underlining the right words, or to draw the correct shapes, and input tasks like that which require a stylus pen.

From before we already have the 10.1-inch Wisecamp version, which is based upon the Samsung Galaxy Tab A 10.1 with S Pen.

Meanwhile in Ireland, a local politician is calling for a ban on tablets and smartphones for kids under 13. 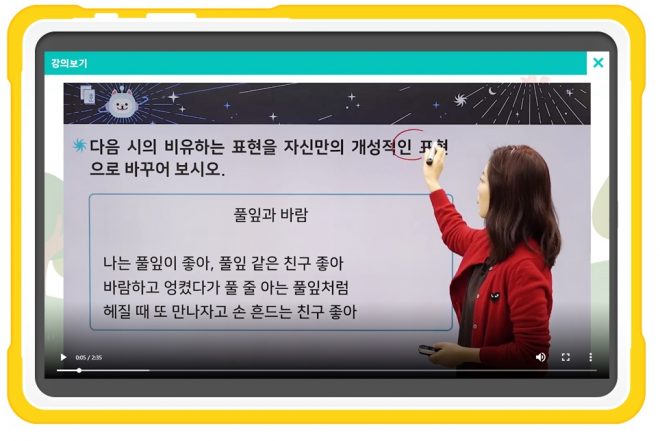 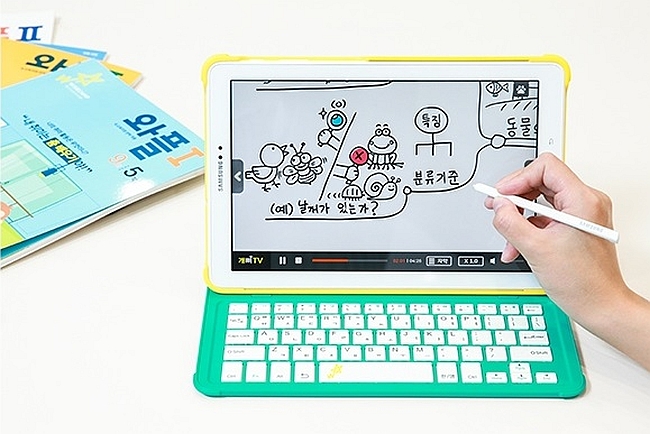 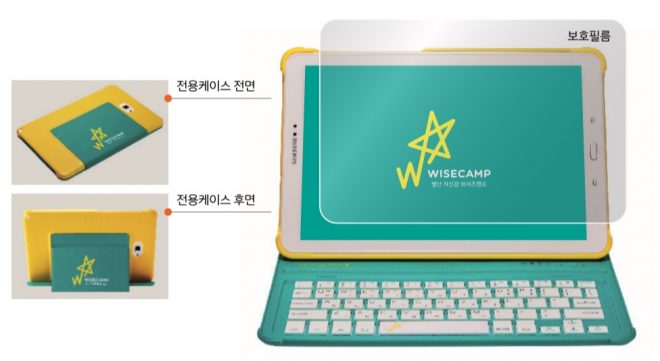