It looks like Amazon just got a new computer device approved in the tablet category at FCC, using a front company called Mangled Horses LLC this time.

There are three alternatives for this device as far as I can tell. It’s either a new 2020 Fire tablet, or it’s a smart device with a touchscreen, like Echo Show, or it’s a tablet for internal use at Amazon’s warehouses.

UPDATE: This tablet was announced as the Fire HD 8 Plus on May 13.

Smart devices with touchscreens are sometimes categorized as tablets with the FCC, so you never know.

The approval process first started in November 2019 and seems to have ended in March 2020.

So far the tablet is only recognized with the typical hallmarks of an upcoming Amazon Fire tablet, with the model names K72LL3 and K72LL4.

With two different models being approved, I don’t know if this implies that Amazon is reintroducing a 4G LTE version of their tablets again like we had years ago, or if it means something else.

The most interesting discovery I made here is that it was actually tested with a wireless charger. Specifically, the tablet device was tested and approved against the Qi wireless charger Anker PowerWave Stand. 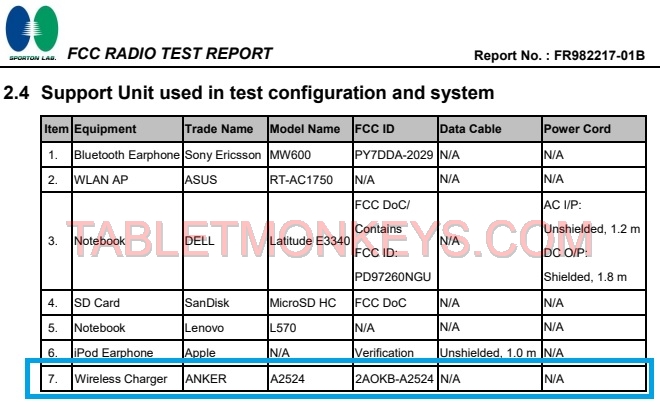 Dual-band 802.11 a/b/g/n/ac Wi-Fi, Bluetooth, a microSD card slot, a 3.5mm audio combo jack, and a USB port are the only other officially confirmed specs so far. But we’ll update once we know more.