Microsoft announced on April 2, that it will start to offer the Windows OS for free on tablets and smartphones.

Microsoft, Windows, free, now there’s three words we never thought we would see in the same sentence. But yes, this is no April Fools. Microsoft, the company that made its fortunes from licensing fees more than anything else by forcing individual Windows customers and skimming taxpayers (state institutions have to pay licensing fees as well) into paying them trillions of dollars over the years, the same company is now offering Windows for free for mobile technology platforms such as smartphones and tablets, with a limit to devices with screens under 9-inches. The waiver of royalty fees does not extend to business devices though.

You can tell that there’s a fresh new CEO at Microsoft, with Steve Ballmer and Bill Gates racketeering being challenged. So kudos to the new Microsoft CEO of two months, Satya Nadella.
The move was expected though, as an easing of royalty fees had already started to affect the existing 8-inch Windows tablet market the last two months already, with the Lenovo Miix 2

currently selling for under $220. 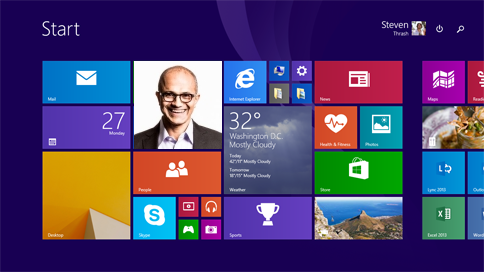 Windows Free For Small Tablets Thanks To Satya Nadella (pictured)

The announcement to license Windows for free for mobile technology devices was made during Microsoft’s developer conference Build 2014 in San Francisco. Other announcements were for the Windows Phone 8.1 with the introduction of Cortana which is Microsoft’s version of Apple iOS Siri, and the availability of the Windows 8.1 Update.

For an intro to the Windows 8.1 Update, check out the official video below.