Verizon have previously sold Verizon Ellipsis tablets at low prices or even given them away in an effort to tie customers to their data plans. The Ellipsis 8 is manufactured by Huawei and Quanta Computer Inc.

This tablet can be bought for $149, but you are then stuck with a 2-year contract. In terms of specs, this 4G tablet has an anonymous quad-core processor, 1280 x 800 resolution, a 1.3MP front camera and a 5MP rear camera, Android, but with an unknown version, and a 5000 mAh battery. 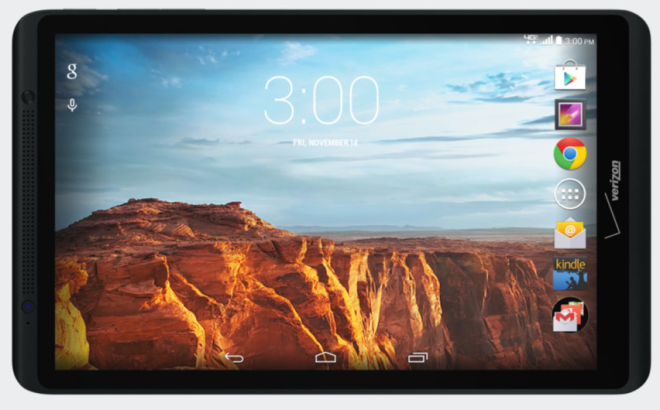 In case you were wondering why Verizon sells their own tablets, Verizon CFO Fran Shammo explained why in an interview with Bloomberg two weeks ago:
“Tablets are a huge growth opportunity for the next few years. Attaching tablets, and other devices to service plans increases data use and makes for larger monthly bills” Shammo said.

By comparison, HP sells tablets like HP Stream 8 for $179 with no contract at all, and with 200MB worth of free monthly 4G data included every month.

The Verizon Ellipsis 8 is very expensive by comparison. You can also get a LG G Pad 4G LTE from Verizon

, for $99 with the same contract, so the new Ellipsis 8 is in no way good value for money.