The Vaio Z Canvas tablet / 2-in-1 was announced in Japan today, and it’s the materialization of the Vaio prototype tablet that have officially been in the works for a long time.

This is a Windows 8.1 Pro tablet powered by a Intel Core i7 H processor with the potential of running as much as 16GB of RAM alongside that processor.

The size of the screen is 12.3 inches with a 2560 x 1704 resolution and 3:2 aspect ratio. This is then powered Intel Iris Pro GPU. Storage can max out at 1TB of high-speed SSD, so no complaints there, and quite a world apart from the entry level 8GB tablets sold today.

It has all the usual tablet ports and sensors, but also two USB 3.0 ports, LAN connection, mini display port, and a “camscanner” document scanner, using the 8MP Sony camera on the rear.

The main incentive to get the VAIO Z Canvas might be the digitizer support where the included pressure sensitive digitizer stylus have a lot of features included for it.

The price for a mid-rang unit when it sees release during the summer will be 200,000 Yen in Japan, or around 1700 USD, so specs wise, it’s priced a little above the Microsoft Surface Pro 3. 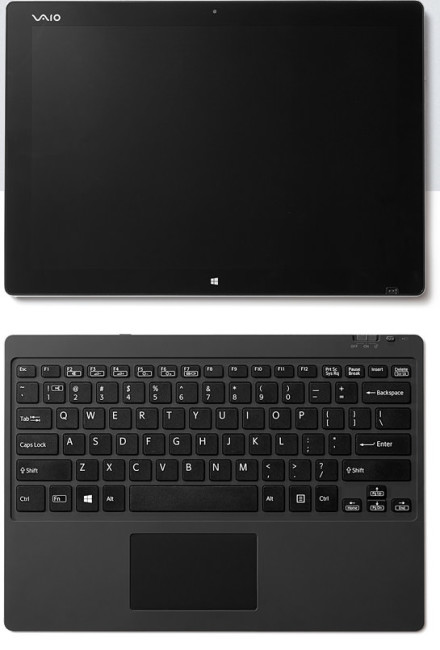 Tablet Deals Before Mother's Day (May 8)