The problem does not affect the re-launched Nvidia Shield Tablet K1 however. That tablet has gotten the Android 6.0 update already.

Since having a fully functional Wi-Fi is essential for all updates of the tablet, Nvidia has temporarily turned off the official Android 6.0 OTA 4.0 update for this tablet, until they have figured out how if can be fixed.

A Nvidia customer representative have posted an official note on the Geforce user forum, informing owners of the current status. 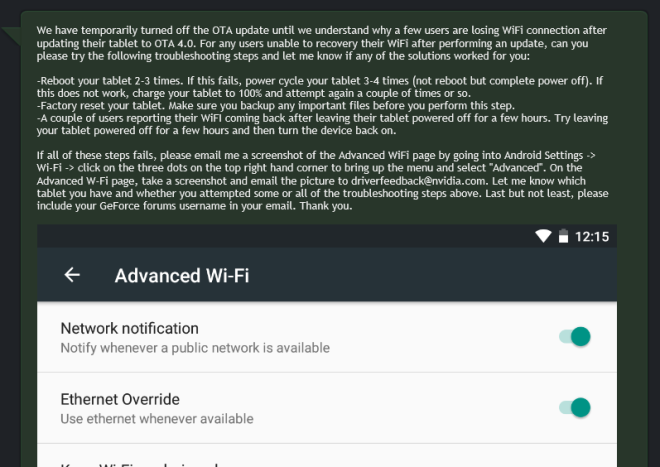