Unihertz, the phone manufacturer that’s mostly known for bringing back phones with physical QWERTY keyboards, just kicked off its Kickstarter campaign today for its latest smartphone.

Called the Unihertz TickTock, the Tick Tock refers to e pretty unique secondary screen on the back of the smartphone, that can be set up with different watch faces, or many other screen features, from answering calls, briefly glancing at messages, and so on, on a round 1.3-inch screen.

Unihertz TickTock has a few other features too, primarily that it’s rugged and that it features two physical buttons you can program to whatever you like. 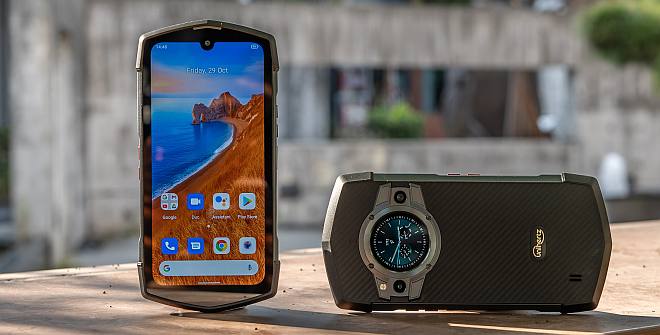 Can a smartphone such as this one stand a chance against all the other smartphones out there today? I’m sure it will fulfill its crowdfunding goal at least. But more than that, it’s fun to watch someone do something bold against the mainstream.