The Asus Vivobook 13 Slate is a 13.3-inch Windows 11 tablet that launched in November, starting at $599, and featuring an unusual mix of specs and a large OLED display, it has done better in the market than expected. 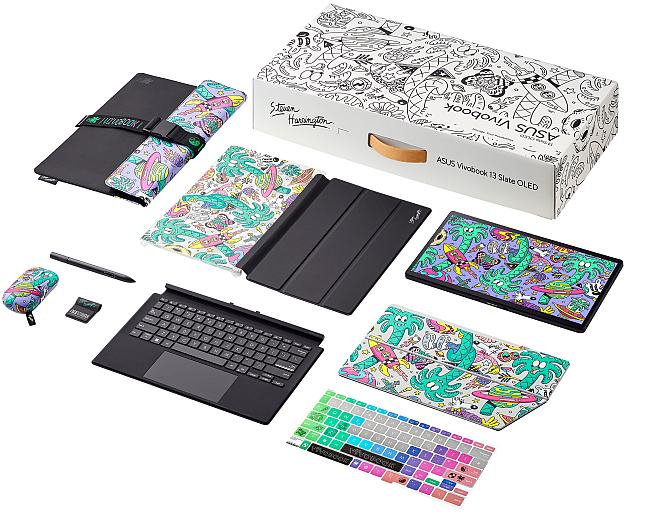 What their editions brings with them are uniquely designed tablet stands, keyboard stickers, covers, sleeves, and a free Asus Marshmallow Mouse.

They’re not in store yet, but follow our site and we’ll let you know when they’re launching.