But with the upcoming launch of the 8-inch Windows convertible Topjoy Falcon in May, we will get a new exciting 360 degree Windows 10 convertible with touchscreen and stylus.

Considering the success of the 7-inch Windows convertibles over the last year, the 8-inch Topjoy Falcon has a market at least, but it may be that the first version lacks a few things to be desired, so we’ll have to see what future versions will be like. 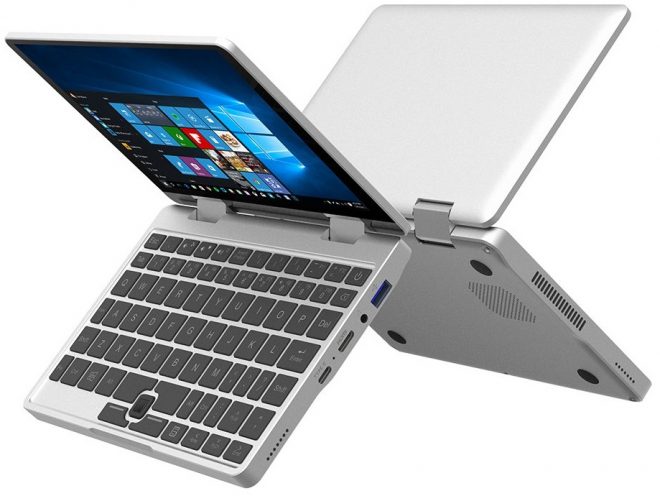 But the Topjoy Falcon that will be released in May features the quad-core Intel Pentium “Silver” N5000 processor with 8GB of DDR4 RAM, and 256GB SSD storage, neither of which is too bad for an “8-inch laptop.” Though the computer technicians who desires one may want even more power of course, like Intel Core processor choices such as the ones we now get on the 7-inch Windows convertibles.

The 8-inch screen is a touchscreen with a 1920 x 1200 resolution display, giving it a 16:10 screen ratio, with support for 2048 pressure sensitive digitizer pen.

The battery size is just 2900 mAh, which isn’t a whole lot. Even so, the company stil claims a 12 hour battery life due to the frugality of the hardware and configuration.

Ports includes a USB C port, USB 3.0 A port, mini-HDMI port, and 3.5mm audio combo jack. It also features Wi-Fi 5, Bluetooth 4.1, and supports fast charge. And it even has a fan mute button.

Falcon weighs more than an 8-inch tablet would due to the (backlit) keyboard and some of the hardware, at 715 grams. The total thickness is still just 20mm though.

The price seems a bit high relative to the hardware, but that still doesn’t change the fact that this is an interesting tablet/convertible. 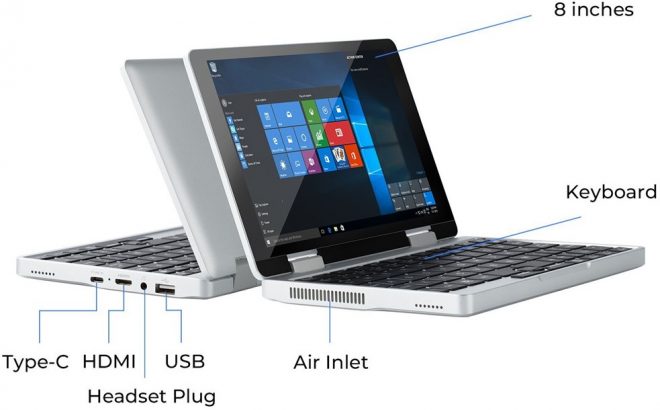