One of the most exciting Windows tablets of the year, the HP Pro Tablet 608 G1 will officially launch in the US on September 4 from HP’s SMB division, but some independent retailers have started selling it before then, and it is available in Europe already: http://www.amazon.com/HP-Pro-Tablet-608-G1/

The first version HP will sell themselves costs $699 with the Intel Atom Z8500 processor, 4GB of RAM, 128GB storage, and 4G on board. But when HP announced the HP Pro Tablet 608 G1 in June, they said the price would begin at $479, which is for the Wi-Fi only 2GB RAM / 32GB storage model. On Amazon that model is now listed

The tablet itself is built for enterprise use, with accessories that makes it fit a lot of demanding enterprise uses. But if people find the price to be right, it could have a chance as a consumer tablet too, because there hasn’t been a new small Windows tablet with specs like these before. The last exciting new 8-inch Windows tablet was the Lenovo ThinkPad 8.

But the HP Pro Tablet 608 G1 is something new, with the highest specs yet in the 8-inch Windows 10 category. Strictly speaking the screen is 7.86 inches to be exact, but is marketed as an 8-inch tablet. 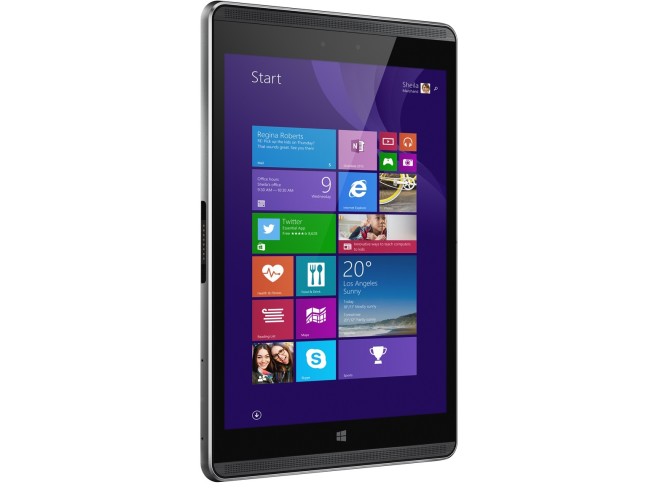 The resolution on the other hand is a whopping 2048 x 1536 with a 4:3 aspect ratio. The screen is protected by Gorilla Glass 4 too so it can take some rough use without cracking or developing scratches in the screen.

Other highlights include NFC, a USB-C port, complete dual-band Wi-Fi cover, a 2MP front camera and a 8MP rear camera, DTS Studio Sound, digitizer support, accelerometer, eCompass, gyroscope, ambient light sensor, hall sensor, and optional accessories like keyboard, a docking, rugged case, or its own cover. For enterprise use it also has an extensive range of security features.

Curiously enough HP says it ships with Windows 8.1 Pro, but naturally that can be upgraded to Windows 10 Pro

free of charge. Upgrading it to Windows 10 will even save a few gigabytes of space on the tablet. 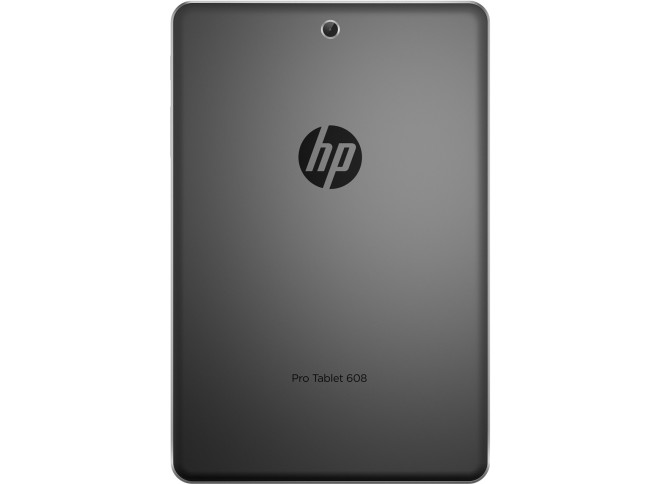