The tablet deals and computer sales we can take advantage of for the Presidents Day weekend are now all online. And depending on what you want, there are a couple of worthwhile deals on some very good tablets for the next 3 days, which I’ve listed below.

Additional computer deals covering both tablets, laptops, desktops, as well as accessories and even apps and software can be found during the Presidents Day weekend sale from the likes of Lenovo, Microsoft Store, as well as HP, and Best Buy.

Samsung Galaxy Tab S6 Lite $279 for Presidents Day 2021. This is a 10.4-inch Android tablet with a digitizer included, and possibly the highest user rating for any tablet PC made since the introduction of the iPad 11 years ago.

The very popular Samsung Galaxy Tab A7 with four speakers starts at $200. The A7 keyboard is also on sale for $55.

Samsung Galaxy Tab A 8.0, the 8-inch Samsung tablet that’s now updated to Android 10 is 20% off for Presidents Day too.

Amazon’s Fire tablets, starts with the cheap 7-inch tablet which is on sale again, this time at $39 for the 16GB model. But all the other Fire tablets are on sale too this weekend.

Apple iPad, the 10.2-inch main iPad can be had for $299 during the Presidents Day weekend sale.

Apple’s very powerful iPad Air starts from $539 this February weekend, which is a $59 discount.

The more powerful versions of Microsoft Surface Pro 7 are also on sale, with the Intel Core i5 model with 8GB RAM and the Type Cover keyboard included starting at $789.

Lenovo Chromebook Duet is the cheapest Chromebook tablet we can get this weekend, as the price is just $239.

So those are the best tablet deals, but some of the best tablet accessories are on sale too, such as the Samsung Galaxy Tab A7 Keyboard Cover and the Brydge keyboards for iPad and a few other tablets. 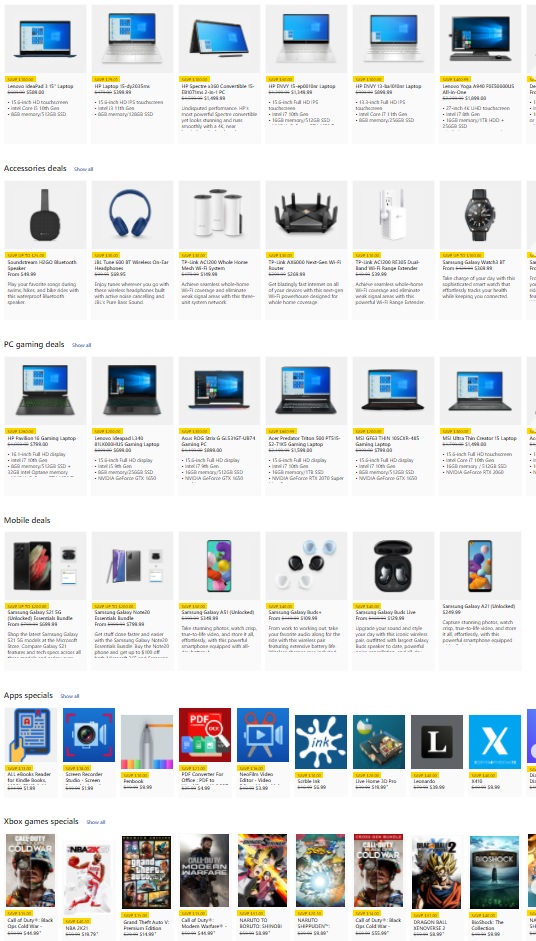