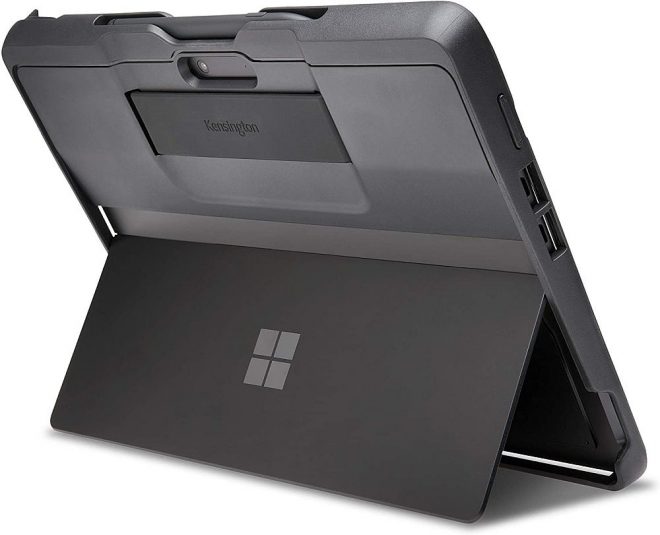 So the fit should be tight and practical for the Surface Pro X. The rugged case has a high MIL-STD810G drop protection rating, and offers normal access to the rear kickstand, open but protected access to the ports, protection of the buttons, and includes a flexible self-adjusting hand strap on the back, as well as an additional pen holder for the Surface Slim Pen that’s otherwise stored in the keyboard when used without the rugged case.

The case can be used with or without the keyboard, and when the keyboard is attached and closed, it is locked into place with the Kensington TypeCover strap at the right corner. 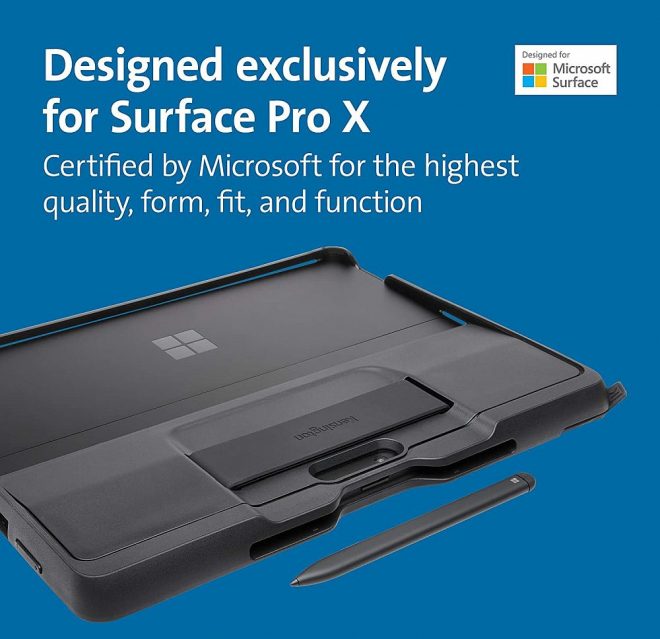