Surface Pro 4 and Surface Book both had a few bugs that affected the tablets of some owners. Through a series of firmware updates these bugs have been addressed, with a significant firmware update in January, and now finally with a near final firmware update in February, that has alleviated the bugs for users.

After the January update, the Surface Pro 4 even went on sale for February

, with $100 off all models in the Surface Pro 4 deal. On February 22, the Surface pro 4 was even voted the Best Mobile Tablet at GMA 2016, which ought to help its reputation.

The latest February update, released on February 17, also came with an apology from Panos Panay, the chief of the Surface team.

So the main question is, what’s the user experience of the Surface Pro 4 now after the February 17 bug fix? For more on that, winbeta.org had an article two days ago, investigating just that, and the results looks promising.

The sleep state now affects the battery similar to the way you would expect the tablet to. Even with the Wi-Fi on, the tablet was cool and had not suffered much battery drain even after several hours in sleep state.

WinBeta also reports a successful fix for the Surface Type Cover keyboard, which no longer disconnects, and finally, the previously known black screen bug when waking the tablet up from sleep has been successfully fixed too.

A few unlucky owners are still reporting bugs, but at least Microsoft has finally removed the main initial bugs, and the few remaining unlucky owners will receive additional fixes in mid-March. 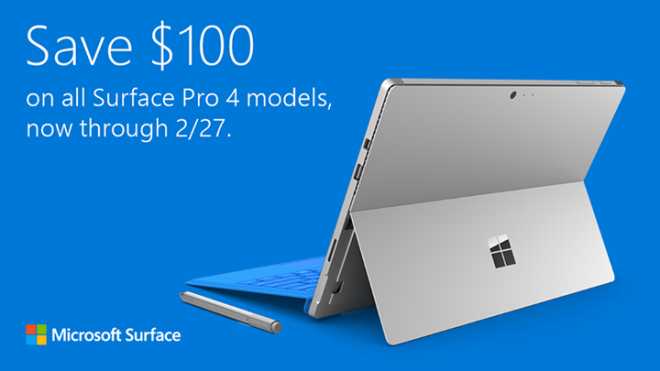