The changes to the Surface Go 2 are significant. The former 10-inch screen has grown to 10.5 inches, with a Full HD display resolution of 1920 x 1280, giving it a 3:2 aspect ratio. The screen is protected by Gorilla Glass 3, so it can withstand scratches and accidents a bit. The size of this Windows 10 tablet is the same size as before, so the Surface Go 2 is simply maximizing its display size, giving it smaller bezels than before. The weight is 544 grams and the thickness is 8.3mm.

The most important upgrade in the Surface Go 2 is that not only has the former Intel Pentium 4415Y processor been upgraded to a Intel Pentium 4425Y processor, but there’s the option of an even more powerful Intel Core m3-8100Y processor as well, which will make the Surface Go 2 powerful enough to attract a much larger user group. The GPU is the UHD Graphics 615. The m3 model costs $629, with $100 more for the 4G LTE model. 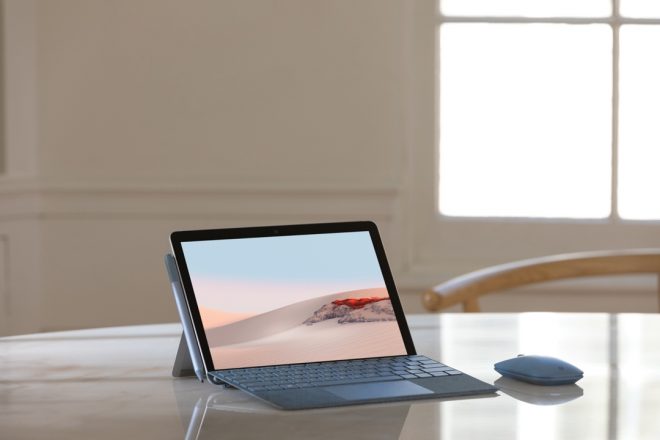 RAM options are 4GB and 8GB, while the storage options are 64GB of eMMC storage or 128GB of SSD storage, with expansions through a microSD card slot as well. It’s even compatible with microSD cards up to 1TB in size.

Dual far-field studio mics with improved background noise cancelation make it better for video conferencing too, and the new camera app for the rear 8MP camera has been improved to make it better at scanning documents and papers with. On the front it’s equipped with a 5MP camera, which is certified a Skype HD video camera. Face recognition with Windows Hello is another camera use.

The speakers are as loud as they were before, with 2 watt Dolby Audio Premium stereo speakers.

Surface Go 2 battery life has increased from a 9 hour average to a 10 hour average now, and Microsoft says even the 4G LTE models will keep going for 10 hours. The optional 4G LTE is a Qualcomm Snapdragon X16 LTE modem with LTE Advanced, and the upgraded Wi-Fi, now has full 802.11 a/b/g/n/ac/ax Wi-Fi 6 for longer and stronger Wi-Fi reception.

Other connectivity options are the Bluetooth 5.0 for those who wants to pair the tablet with their smartphone, or through the use of the USB C port. Other ports are a Surface Connect port and a 3.5mm audio combo jack.

Tablet sensors on the Surface Go 2 are an ambient light sensor, accelerometer, gyro, and a magnetometer.

If we look at the Surface Go 2 competition or alternatives right now, it becomes obvious that the Surface Go 2 is the best small Windows tablet in this class right now. And by enlarging the display a little, as well as introducing a more powerful Intel Core m3 processor as an alternative, Microsoft have finally bridged the gap that used to exist between the top version of Surface Go and the entry level of the Surface Pro. 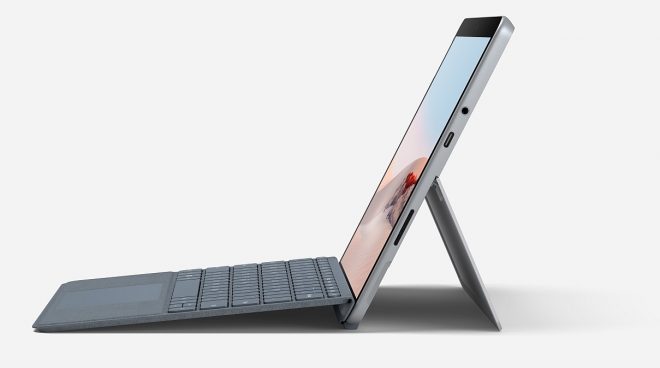 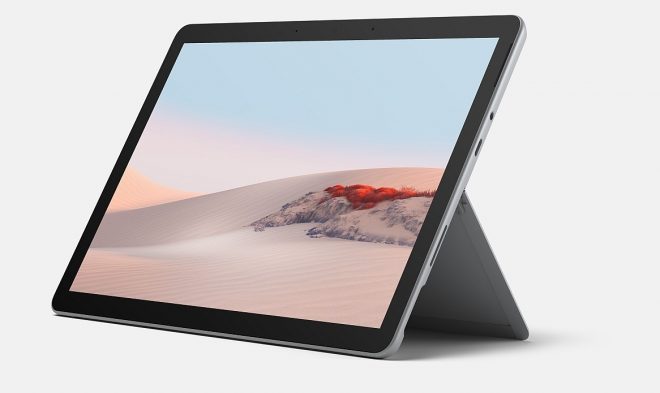 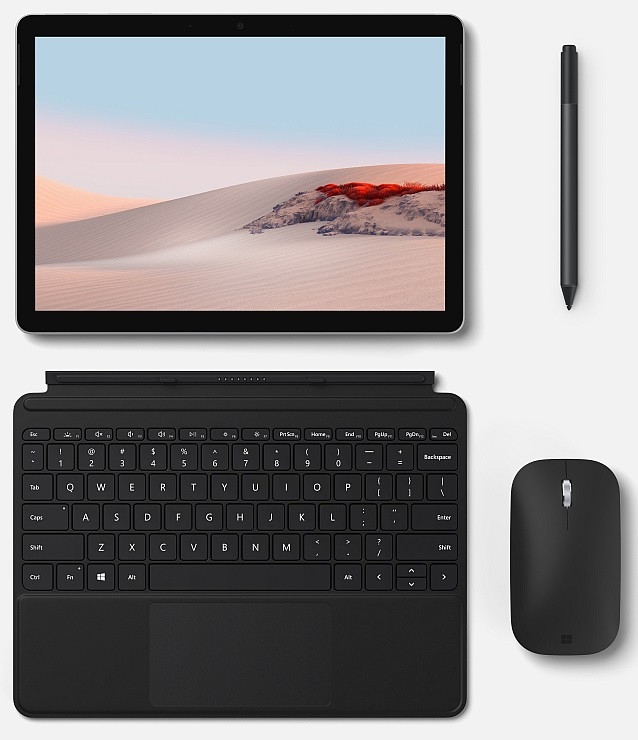