The new Sony Xperia Tablet S was unveiled today, and became immediately available for pre-order at the same time before Sony plans to release and start shipping the Xperia Tablet S on September 7 in the US (October 1 in the UK). Price from $349.99

Features:
The Sony Xperia Tablet S has a lot of character. Once again Sony tries to be the unconventional one among other Android tablet manufacturers. 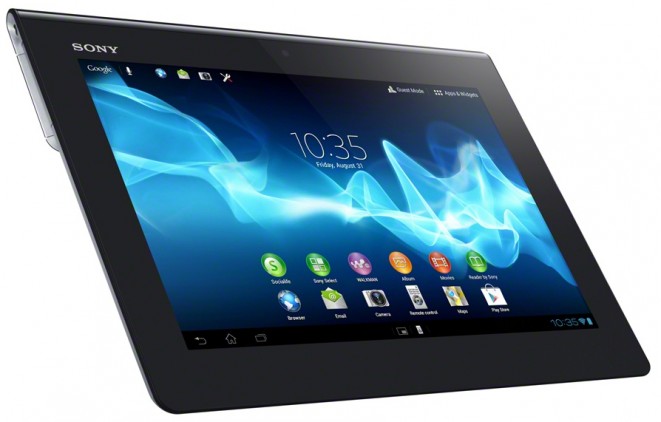 If you are familiar with the Sony tablet that this Xperia Tablet S replaces, then you recognise the newspaper-fold design on the back. But it works. And better yet, this new model is slimmer and lighter than the previous model.

But probably the most unique feature of Xperia Tablet S, is the waterproof/splash proof exterior design and the sleek aluminium body.
Sony has built this tablet so well, that they encourage people to really use this tablet wherever they want and whenever they need to, without worrying too much about the fragility of the device. Touching the screen in the kitchen with wet fingers during cooking, or getting it a little wet outdoors, is in line with what Sony expects in your life. 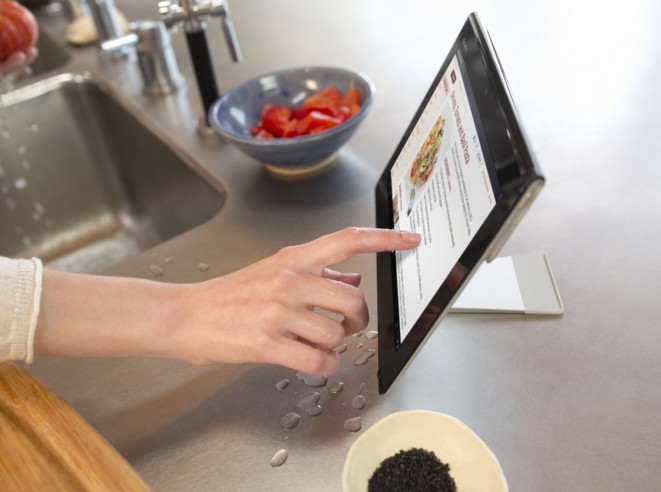 Not surprisingly, given Sony’s position in the entertainment industry, the Xperia Tablet S is built to be your central media hub. In theory it means that media devices such as TV’s DVD Players, Music Systems, Internet Radio, Video Library, and all rentable media on the Internet should all come together on this little 9.4-Inch tablet. Both through its media apps, and through its IR blaster universal remote control features, but probably most of all through Sony’s ecosystem. Which, media wise, certainly beats Samsung’s ecosystem.

The media system has a personalized TV guide app, the IR remote control function has macro functionality that alerts you of popular TV shows you might want to watch based on your preferences and user patterns. This is what is known as the Watch Now app that is only available for Sony tablets. This type of seamless cross-device connectivity between media has become a “must-have” feature on all high-end tablets very quickly.
Sony will also give all their customers $45 worth of feature films on Google Play so new users can familiarize themselves with the system and setup.

Like the recently released Samsung Galaxy Note 10.1, Sony Xperia Tablet S is also built for multitasking by letting users run two apps at the time. But in order to maintain compatibility, only a a few apps of the Small Apps interface are compatible for multitasking at this point.

Sony has also made a lot of original accessories for the Xperia tablet. Users will benefit from the reliability of Sony’s quality.

And last but not least, Sony has a WALKMAN app that can be set up to automatically compile lists of Facebook friends’ “liked” songs, as well as related discographies, both as a way of keeping the Walkman concept alive and to offer something user friendly. 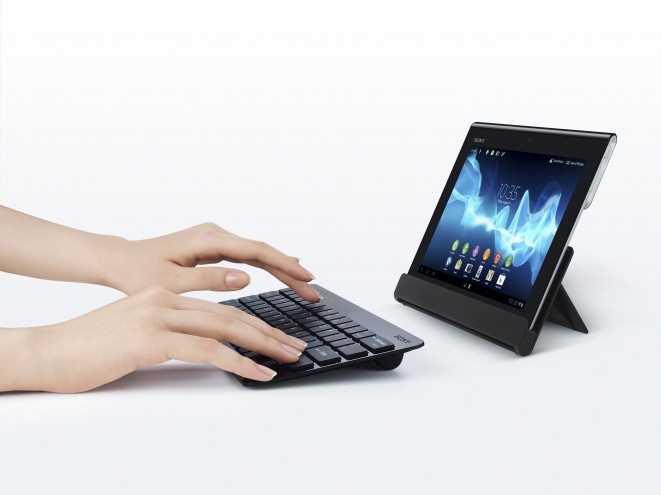 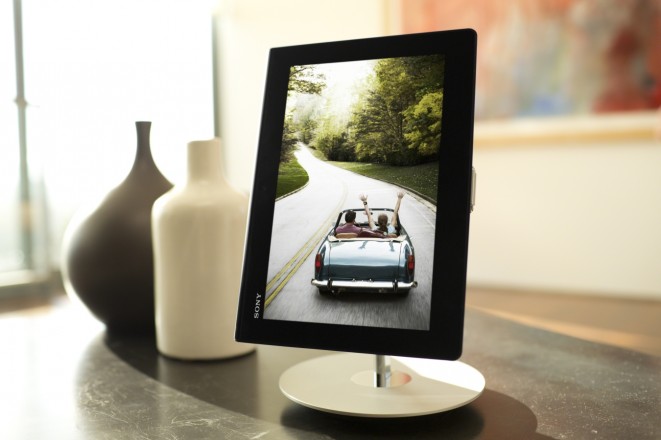 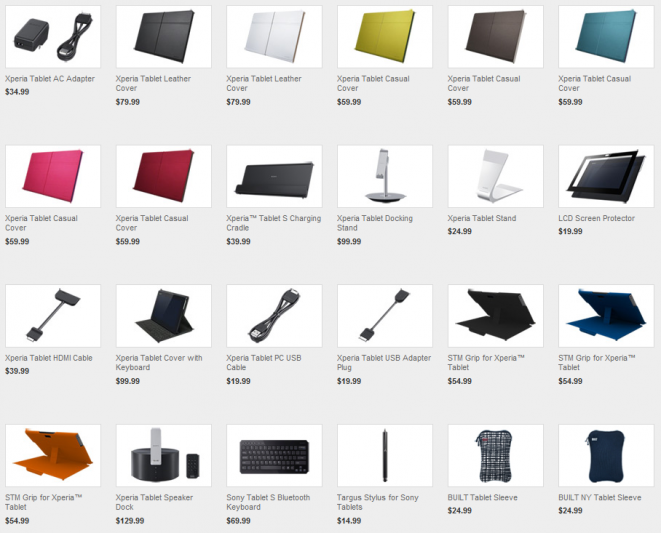