At the MWC 2019 in Barcelona, Spain last month, memory card maker SanDisk which is owned by Western Digital, announced their first 1TB microSD card, and they said they would launch it in April:
https://www.amazon.com/dp/B07PBY4VD5/

One retailer had actually intended to release it yesterday already, but the launch was pulled. Still, we should only be a just few weeks away from the launch of the SanDisk Extreme 1TB microSD card.

Another piece of good news is that this 1TB microSD card was originally announced with a MSRP of $449.99, but on Amazon it’s already sold as a pre-order cheaper than that with a USB 3.0 microSD card reader bundle, which can a good idea to include as most laptops still don’t have microSDcard fittings without the use of an adapter. 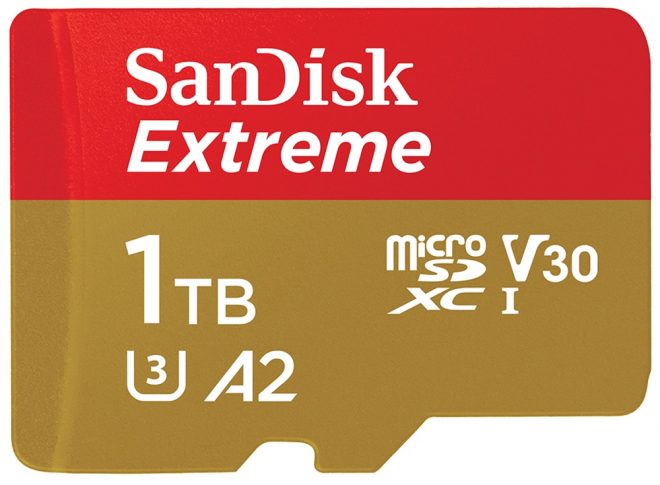 The SanDisk Extreme 1TB microSD card was announced alongside the 512GB version of it too, and both of these feature read speeds up to 160MB/s and write speeds up to 90MB/s, and video standards C10, V30, U3, and A2.

All but the 32GB and 64GB SanDisk Extreme microSD cards share these standards.