Back in May, Samsung showcased a couple of future experimental technologies, such as as a rollable smartphone, two-fold smartphone, and a large foldable laptop.

Now two computer leakers have provided the first details for one of these upcoming computers.

IceUniverse calls the folding laptop for Samsung Galaxy Book Fold 17, which sounds like an appropriate name, and it kind of gives us a starting idea of what to expect.

Then the leaker Tron chimed in with a photo of a Galaxy Book Fold 17 prototype, identified as a 13-inch dual-screen laptop when folded, and 17 inches when unfolded. 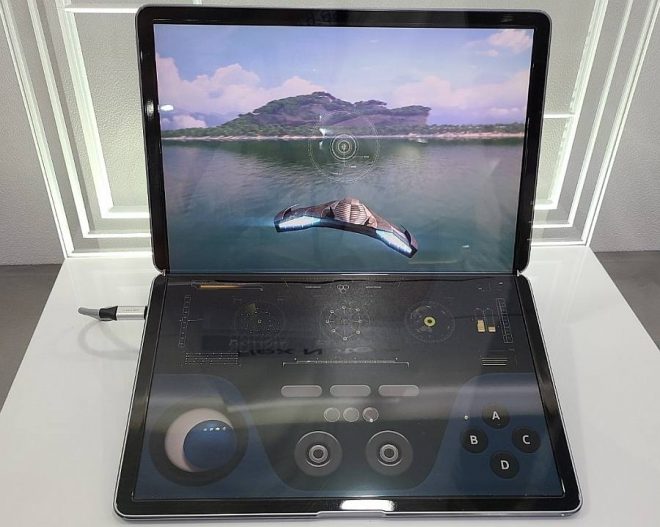 By his estimate, the Samsung Galaxy Book Fold 17 could be released in Q1 2022, though this seems too early for me, since I haven’t heard anything about a planned launch of it that early from any other sources so far.

Despite looking a bit like the foldable 13.3-inch Lenovo ThinkPad X1 Fold, IceUniverse says they are not comparable.