The unannounced Samsung tablet Samsung SM-T723 that I discovered last week, was approved by the official Wi-Fi body too yesterday, which could mean that this tablet is closer to launch than first expected.

We already had some officially confirmed specs from our first Samsung SM-T723 leak, and these are once again confirmed by the Wi-Fi approval body, which is of course the dual-band Wi-Fi 5.

In the new leak, the Android 9.0 it was approved with is the only new feature confirmed. So at least this new Samsung tablet should launch with either Android 9.0 or Android 10, though Android 10 isn’t expected on Samsung’s tablets until spring. 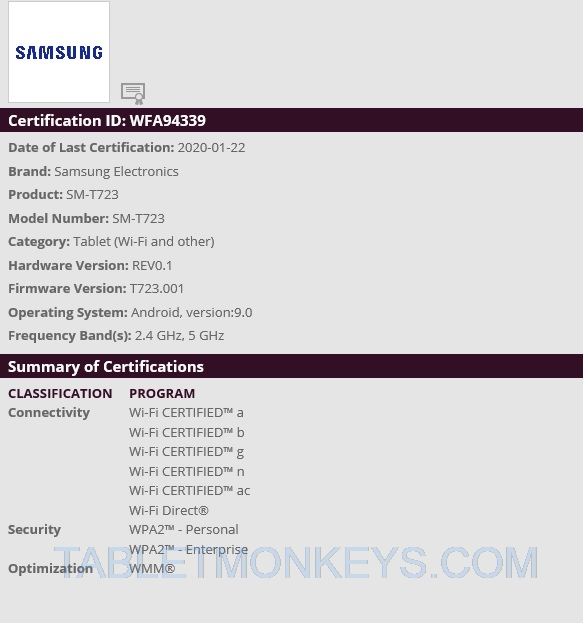