The unannounced but upcoming 8-inch Android 10 tablet Samsung SM-T575 was FCC listed as FCC approved today, and with the latest official records we are starting to get a clearer picture of what to expect from this new Samsung tablet.

Previously leaked specifications for this 8-inch tablet includes the same octa-core Samsung Exynos 9810 processor used in the Samsung Galaxy Note 10 Lite, as well as specs such as 4GB of RAM, and from our picture leak we know that it has an 8-inch screen with physical buttons, a 5050 mAh battery, and Android 10.

The latest official records on the Samsung SM-T575 also adds that there’s an additional model with model number SM-T577 coming too, though both should be 4G LTE models.

Other new specs reveals that it actually has Wi-Fi 6 or the full 802.11 a/b/g/n/ac/ax spectrum of Wi-Fi bands covered, as well as NFC, support for fast charge as it’s compatible with the EP-TA200 Samsung adapter, and it features an S Pen. 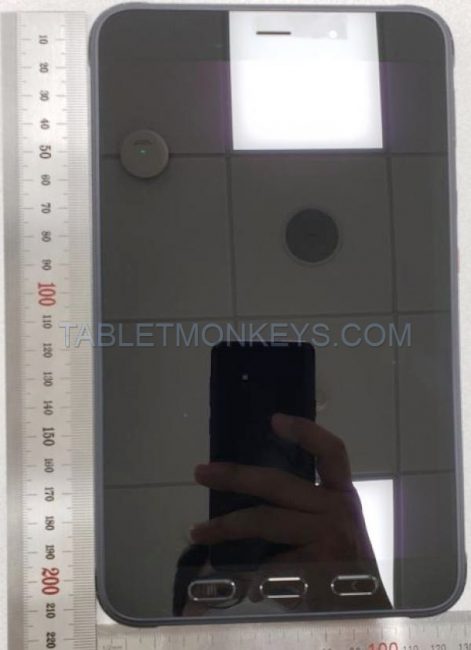 All of this would make this 8-inch tablet a good consumer tablet, though there’s still a chance that it’s a tablet more for the rugged or enterprise market.

The new Samsung S Pen for this tablet is made by Wacom even, just like the new S Pen digitizer for the Samsung Galaxy Tab S7 tablets are.