The coming Samsung tablets that so far are only known as the Samsung SM-P200/SM-P205 tablets, were Wi-Fi approved today.

And not only that, but the first official Samsung support page for these tablets are up too, indicating that the tablets are likely to be launched over the next couple of months. Nothing new could be gleaned from the Samsung SM-P205NZKAXTC model number other than the color, but at least it’s confirmed now that there will be separate Wi-Fi and 4G LTE cellular versions of this tablet that we expect to be a tablet with digitizer support and integrated pen. 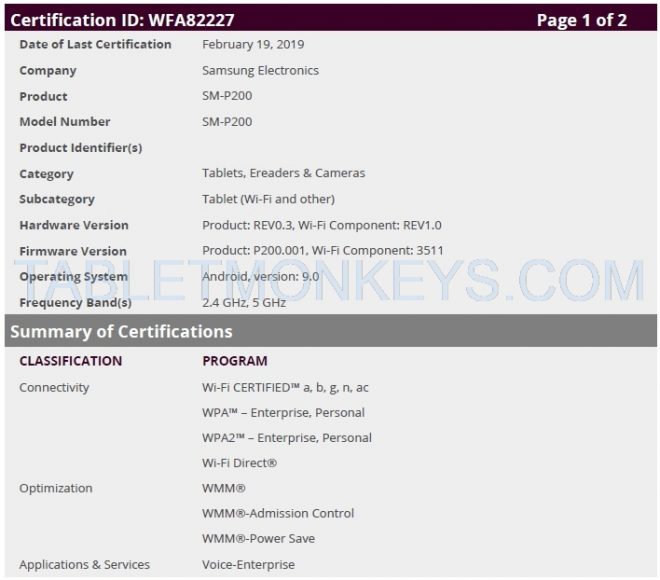 Last week we saw the first benchmark tests of this tablet as well, which showed us that the Samsung SM-P200/SM-P205 seemed to run the octa-core Samsung Exynos 7885 chipset, along with 3GB of RAM.