Justin Denison, SVP of Mobile Product Marketing at Samsung announced Infinity Flex Display today during the Samsung Developer Conference 2018 in San Francisco, and in that process showed us a disguised version of the first foldable Samsung tablet phone.

Denison would only give the audience a brief glimpse of this disguised version both folded and folded out for about 20 seconds, because he didn’t want to reveal the design of the final product that is likely to be launched in 2019.

The actual foldable Samsung tablet is as we have reported for months, a 7.3-inch tablet where the tablet screen folds inwards, and then it features another phone screen on the outside. It can run 3 apps at once, through a feature Samsung has called multi active window. Google also came on stage during the presentation, to officially announce that as of today Google will start to develop support for foldable tablets. 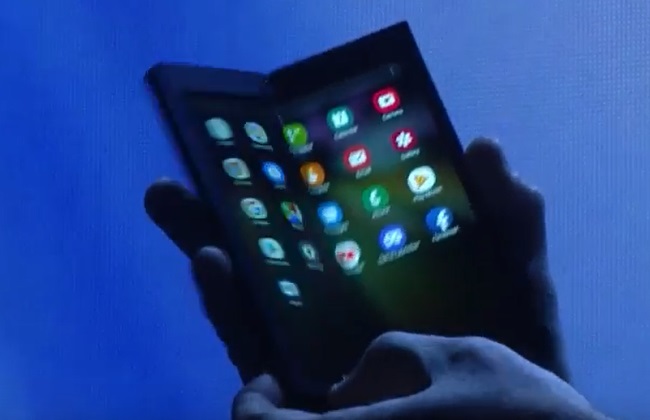 Denison spent a great deal of time explaining the complexity of developing a laminated display that handles not being static any longer, so they developed a new polymer technology, which has now even lead to not just foldable flexible displays, but even stretchable displays.

It’s significant to point that out, cause just like he said, the Infinity Flex Display is like a blank canvas for future technology and the foundation for new mobile tech. Mass production of these new displays will start in the coming months. So now it’s up to the developers to start developing new apps for the folding Samsung tablet phone. 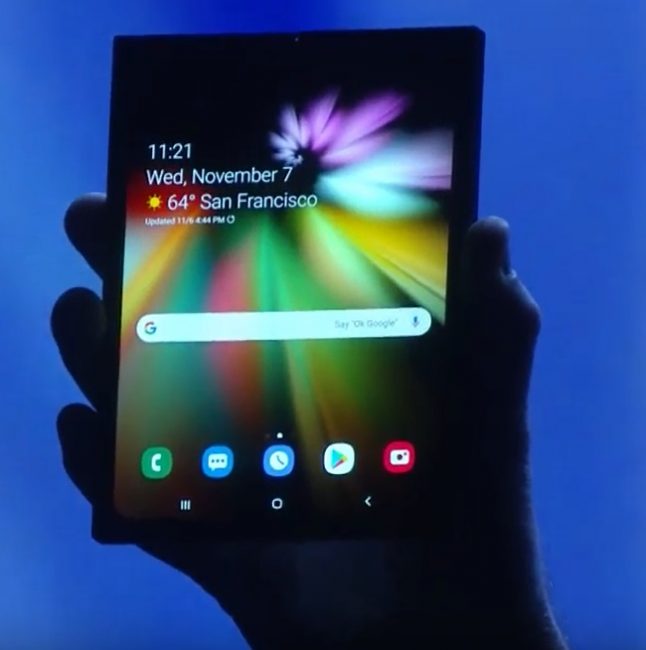 Samsung showed the audience a kind of roadmap of how they imagine putting this flexible display technology into products, first through a new line of Infinity-U, Infinity-V, Infinity-O, and New Infinity smartphones and folding tablets, and then put the Infinity Flex Display, the Rollable AMOLED, and Stretchable AMOLED displays into future products too.

In the end, Samsung’s preview of their Infinity foldable tablet phone didn’t reveal anything new today, other than confirm that their upcoming foldable tablet pone folds inwards, not outwards, which shows that they have gone for a different approach than that of the Royole FlexPai that folds outwards on both sides when folded. 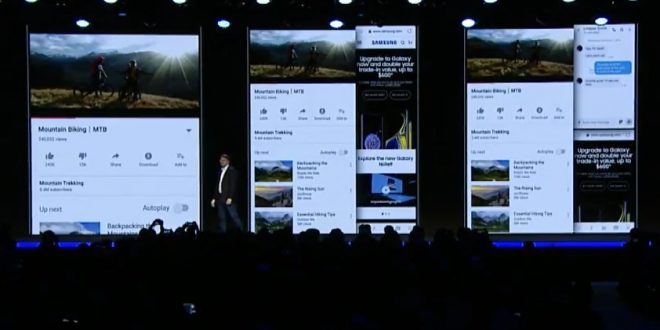 Samsung Multi Active Windows Of 3 Apps At Once 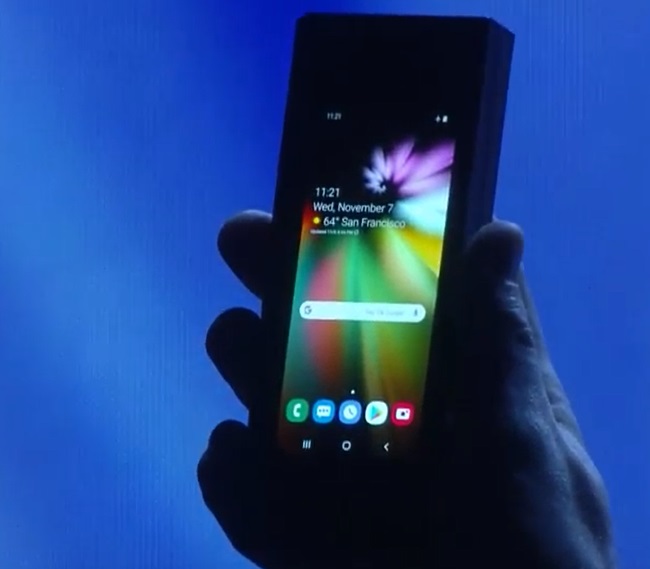 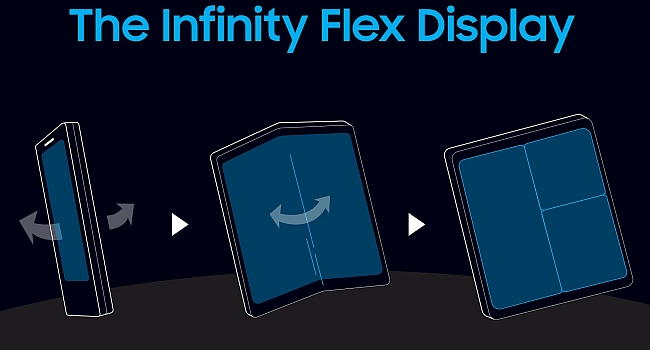