Samsung updated some of its social media channels today with a new profile picture that shows the otherwise straight Samsung logo, now folded over instead.

The timing coincides with the Samsung Developer Conference in San Francisco in two days, where it’s expected that Samsung will give the world a preview of the “Samsung Galaxy F” foldable tablet phone, or what else it’s name might be.

The model number of the purported Samsung Galaxy F, is rumored to be Samsung SM-F900, solely based on some firmware leaks so far.

Fortunately it looks like we can end the speculation in just a matter of days and have a look at the real thing instead. 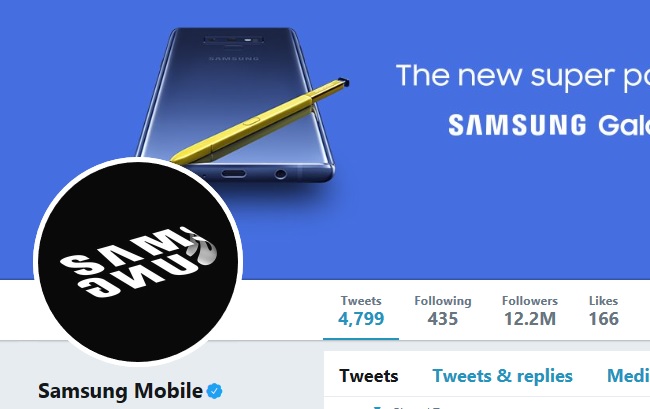