The Samsung Galaxy TabPro S2 model that was certified today was the SM-W727, which means it was one of the 4G LTE models that got Wi-Fi certified first. The Wi-Fi models of Samsung Galaxy TabPro S2 should range from SM-W720 to SM-W725 in model number at least, and the 4G LTE models should range from SM-W727 to SM-W728 and possibly even SM-W729 in some markets.

A launch or unveiling of the new 12-inch Windows 10 Samsung Galaxy TabPro S2 had previously been tipped for March 2017, which would coincide with the Mobile World Congress (MWC) in Barcelona between the end of February and the beginning of March. So given the timing of today’s leaks, it seems reasonable to expect an unveiling of the Samsung Galaxy TabPro S2 at MWC at the end of February.

It is a great tablet already, and Samsung got most of the things right with it, so the main upgrade that is expected is the shift to the newest 7th gen. Intel Core “Kaby Lake” processor. 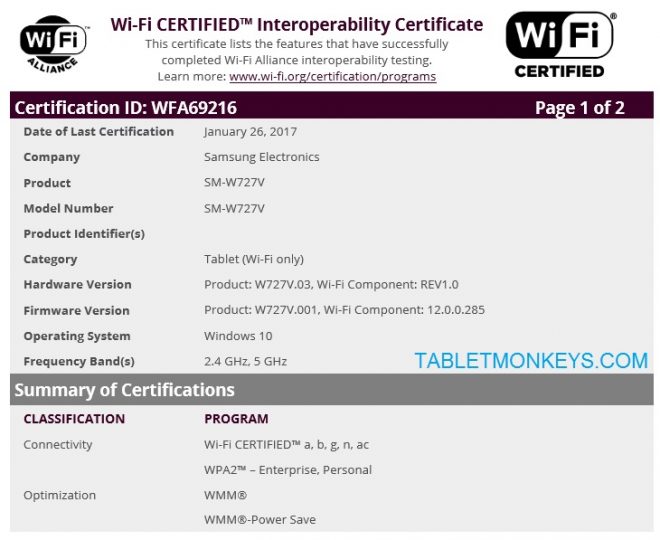