It succeeds the Samsung Galaxy Tab S7, and will be released on February 25, from $699. 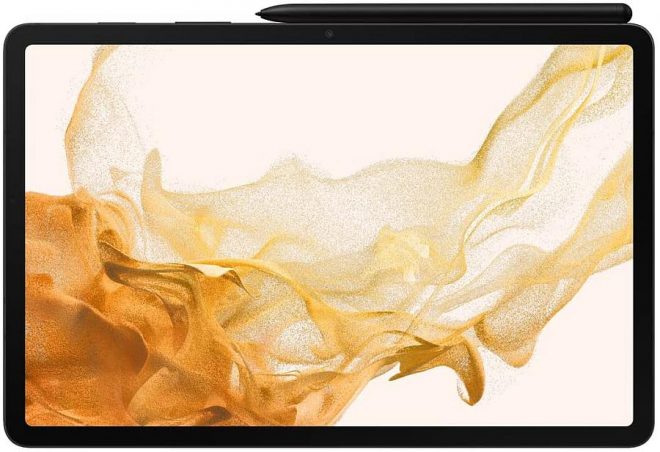 It also continues to host quad speakers by AKG too, while on the front there’s a 12MP ultra-wide camera, with dual 13MP and 6MP rear cameras with LED. These new cameras support 4K recording, and are coupled with the new video calling features that keeps users centered, which also comes with an improved video editing suite from Samsung.

Together with three mics that features noise canceling settings, it caters to typical video calling scenarios of today.

Apart from the faster new processor, it now also features a more powerful wireless internet connection, with support for Wi-Fi 6E. Other connectivity choices are 4G, 5G, or Bluetooth 5.2, as well as a USB C 3.2. port.

The Tab S8 battery capacity is 8000 mAh, and now supports up to 45W of the Super Fast Charging 2.0 standard.

Tablet sensors on the inside includes GPS, GLONASS, BDS, accelerometer, gyro, geo sensor, hall sensor, and RGB light sensor, as well as a fingerprint reader for secure login on the side of the tablet.

Despite being so well equipped, it still only weighs 503 grams. The thickness is 6.3mm, with color options of grey, silver, and pink gold.

The Samsung Galaxy Tab S8 tablet can be used with Samsung’s official Galaxy Tab S7/S8 keyboard cover, and depending on the market you buy it it, it will be available with a few other optional accessories too. The new S Pen is included with the tablet in the US, and the pen charges from the magnetic attachment on the back of the tablet. 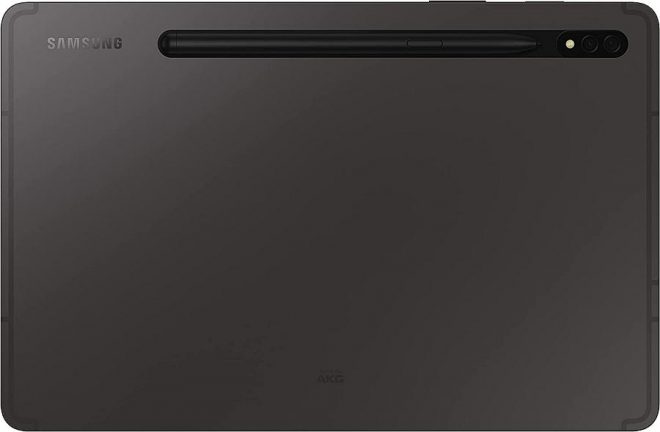