The Samsung Galaxy Tab S6 5G is coming soon says Samsung, seen in a lengthy promotional post during the weekend in South Korea, where Samsung is hosting a campaign of promotions.

Samsung doesn’t specify the actual launch date of the new Tab S6 5G in any more detail than describing it as “coming soon.” 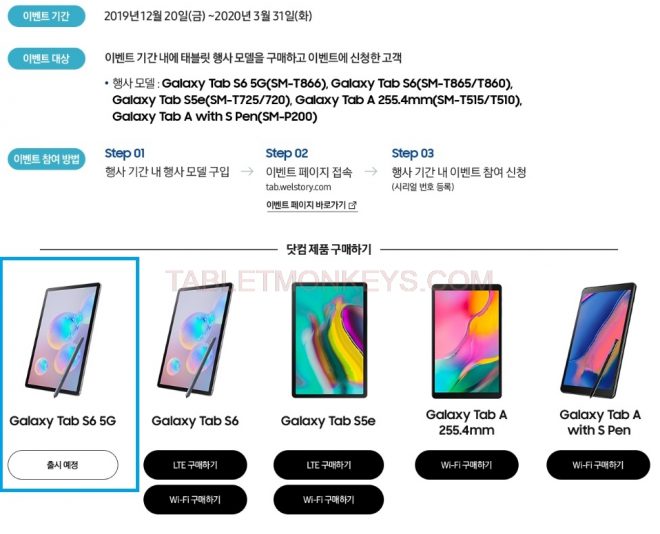 So with a bit of luck we might get more info on it during the CES trade show in Las Vegas in early January just two weeks from now.

Questions about it are basically centered around the chipset and if it has a larger battery due to the expected increase in power consumption from the 5G technology.