The move should go down well and accelerate the sales even further, because the Samsung Galaxy Tab S3 is a thoroughly complete Android tablet that can do just about everything well, with the only main complaint from people being what they call “iPad prices.” But, compared to the cheapest iPad Pro costing $649 when it launches next week, Samsung offers a more compelling alternative now after their price cut.

Both tablets are quite similar. They are productivity geared tablets with the best in class displays, great digitizer support, quad speakers, 4K cameras, long list of top specs, they are both thin and light, both have long battery life, and they have optional keyboards that even look similar.

Samsung have much more experience with the use and inclusion of digitizers on their phones, tablets, and computers, so Samsung still have an edge with the amount of pen supported features it offers with the Tab S3, but Apple is committed to the Apple Pencil now, so features should pick up over time on iPads too.

Having said that, Apple charges $99 for the Apple Pencil, while the Samsung S Pen is included for free with the Samsung Galaxy Tab S3.So an iPad Pro with a fitted pen would then start at $748, which is almost 50% more than a Tab S3. 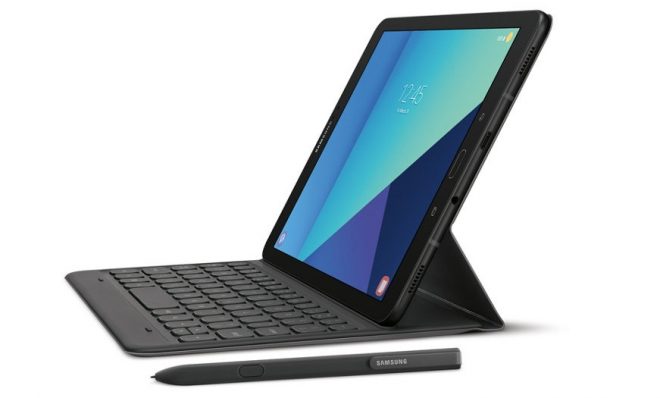