It is tested with a SIM card, so it should be a 4G LTE version, particularly given the processor. First of all it runs Android 6.0.1 Marshmallow, but then things gets complicated, since the display size is listed as 9.6 inches, as opposed to the 9.7 inches of the current Samsung Galaxy Tab S2 9.7. We can’t tell if this is a misleading or if it’s real. But it is probably real, since Samsung is launching cheaper 9.6-inch Android tablets in 2016.

Now in addition to that, the Samsung Galaxy Tab SM-T719 turned up in Geekbench too, but without much other info than the octa-core 1.4 GHz Qualcomm Snapdragon 652 processor, as well as Android 6.0.1 on this tablet from Samsung too. 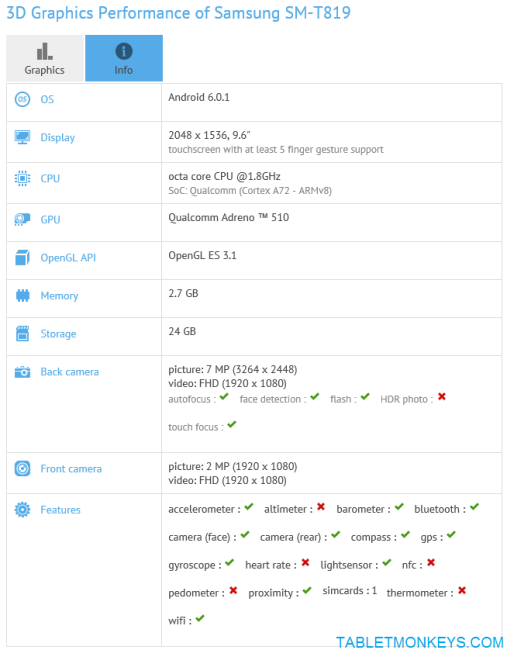 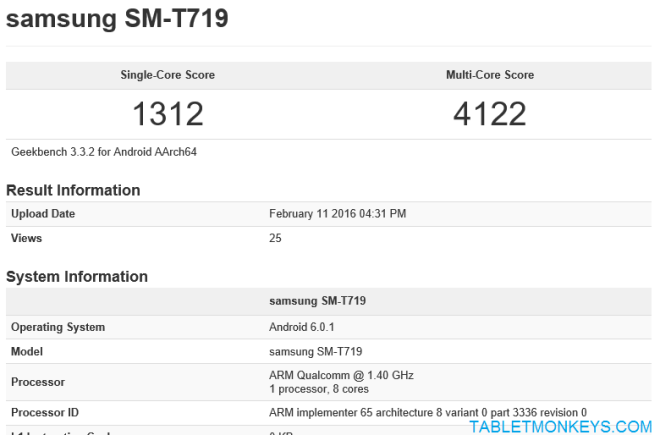