Ever since Samsung launched their 8.4-inch and 10.5-inch Super AMOLED tablets Samsung Galaxy Tab S on June 13, there’s been a growing number of ads in all kinds of media channels promoting the advantages of owning a tablet with a Super AMOLED display over a regular LED or LCD display tablet.

Now Samsung have released some new infographics for the web that it hopes will attract more buyers. But then again the Samsung Galaxy Tab S are two very good tablets, not just because of the Super AMOLED displays and the 2560 x 1600 resolution, but also the speed of the processors, the 3GB of RAM, all the other high specs, coupled with a long list of features. So why shouldn’t they brag about their gold lined tablets?

So we figured that our image below is pretty much how Samsung wants you to think about their Galaxy Tab S AMOLED tablets. 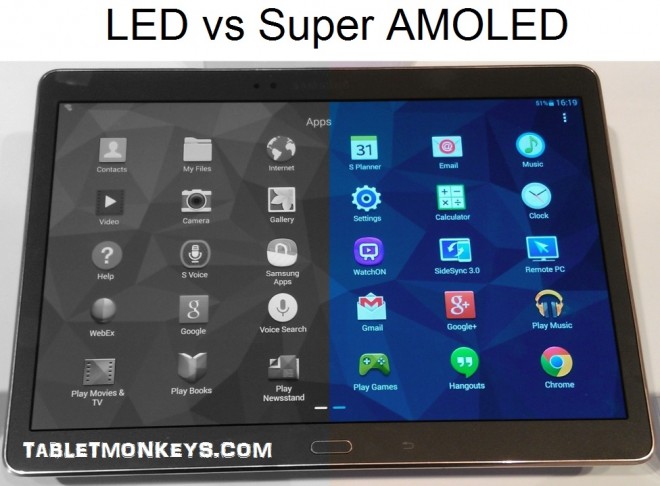 And then there’s Samsung’s Super AMOLED tablet infographics, which is almost as satirical as ours.