More and more Samsung Galaxy Tab Active4 Pro details keeps appearing or leaking out day by day, and this now includes the main specs too.

It had been listed on the Google Play Console, which is a common place to get an early preview of the specs weeks before the tablet launches. This was then picked up by MySmartPrice who republished the mains specs for the 5G version.

The main specs for the Samsung Galaxy Tab Active4 Pro 5G are Android 12L, a Qualcomm Snapdragon 778G processor (at least for this 5G model SM-T638), with 4GB of RAM, and a 1920 x 1200 resolution Full HD display. There may be a different processor on the Wi-Fi and the 4G models.

As we’ve mentioned earlier, the physical dimensions for the Samsung Galaxy Tab Active4 Pro are the same as those of the predecessor, so basically a 10.1-inch tablet.

This will benefit users of the current model, since they can continue to use the same holders and other accessories as before, even when they buy the new model.

And as you will have noticed from the press render we published a while ago, it has custom digitizer pen which slots into place on the left side of the rugged cover for the tablet. 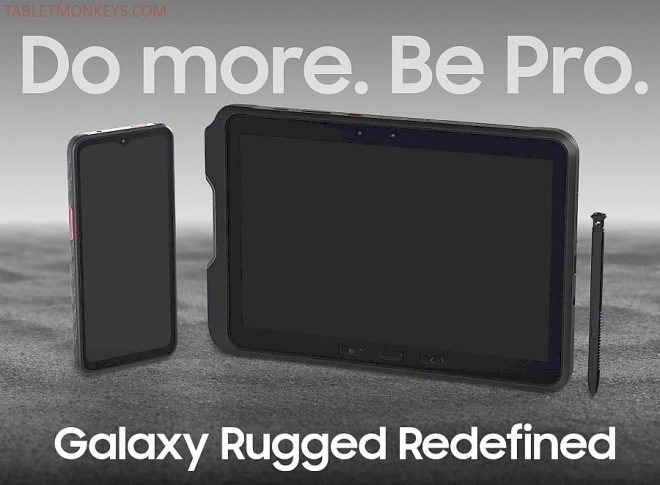