The first Samsung Galaxy Tab A7 photo has leaked via the Google Play Console, where app developers can find key components data on computer devices to determine what standards they will have to develop their apps after.

And in the process, we got an official confirmation of a couple of more Samsung Galaxy Tab A7 specs as well, which was first noticed by 91mobiles. 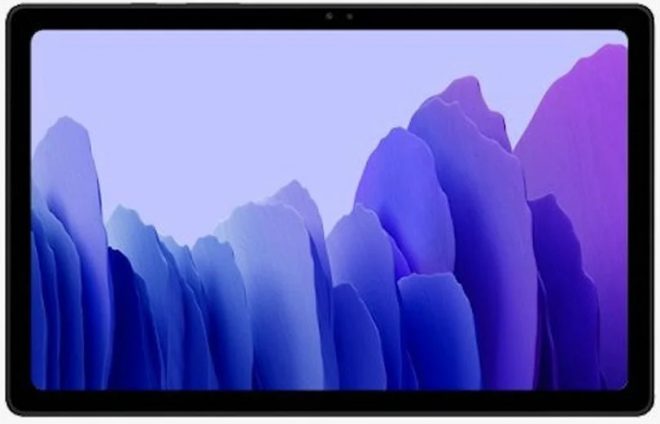 The leak also confirms that the Galaxy Tab A7 10.4 is powered by 3GB of RAM and the octa-core 1.8 GHz Qualcomm Snapdragon 662 processor specifically, which there was some confusion about after the first benchmark tests recently.

From previous Samsung Galaxy Tab A7 leaks, it’s been confirmed through official records that the Tab A7 (SM-T500/505/507) will come in both Wi-Fi and 4G LTE iterations, with dual-band Wi-Fi 5, Bluetooth 5.0, the exclusion of a LED flash on the rear camera, and a 7040 mAh battery.

The Tab A7 may also feature quad speakers and an integrated stylus, based on the official drawings of it. Wireless charging support is another possibility.

Samsung Galaxy Tab A7 10.4 has been approved by all the right regulatory bodies before launch, so the tablet can be released by Samsung any day if they want to.

Samsung is hosting the large press events ‘Galaxy Unpacked’ on August 5, and then another event called ‘Life Unstoppable’ on September 2. A few dates ahead of these evens have also been rumored as possible unveiling dates for Samsung’s new Tab A7 tablet.