The new 4:3 screen ratio Samsung Galaxy Tab A tablets were unveiled last month, starting in Russia, followed by the rest of Europe just a few days after.

But this week the 4G LTE version of the 8-inch Tab A Android 5.0 tablet was documented having cleared FCC tests as well, and this was for three versions of the Samsung Galaxy Tab A, namely the models SM-P355C, SM-T355C, and SM-P355Y. The T-model is the regular base model, while the P-models are the ones with Samsung’s S Pen digitizer included, commonly called the Samsung Galaxy Tab A Plus tablets.

Samsung Galaxy Tab A is just on the verge of being released now in April in Europe, but Samsung have yet to formally launch it in the US or say anything about the availability. But, it passed the SAR tests at FCC, and the LTE versions supports all the frequency bands used by all the major cellular carriers in the US, so we can only assume that it will be launched within two months.

In Germany, the Samsung Galaxy Tab A T555 is now listed on Amazon, with the LTE version retailing for 349 Euros, which is 50 Euros more than the Wi-Fi version. 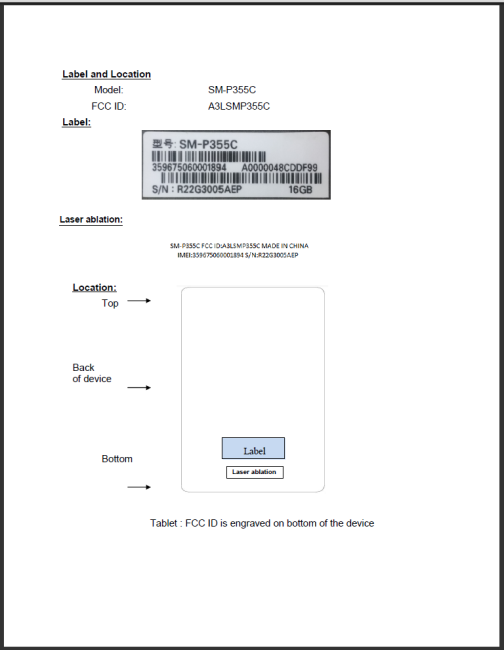