Two months after we noticed the upcoming new 10.1-inch Android 6.0 tablet from Samsung for 2016 leaked with the model number Samsung SM-T536 it has showed up once again, and this time with the main specs leaked in a benchmark test.

If this is a Samsung Galaxy Tab 4 Advanced 10.1 is difficult to tell, but a least the model number is still Samsung SM-T536.

And it looks like a successor to the Samsung Galaxy Tab 4 10.1. And fortunately we are seeing some specification upgrades for 2016.

The upgrades includes a 1.5 GHz octa-core processor, probably a Samsung Exynos 7870 or Exynos 7580 processor, with an ARM Mali-T830 graphics processor. We are also looking at a step up to 2GB of RAM, and Android 6.0.1 Marshmallow.

But judging by the benchmark it looks like the 10.1-inch screen will keep its 1280 x 800 resolution display.

This new 10.1-inch Android tablet for 2016 from Samsung looks destined for launch in Q2. But it’s not the only new 10.1-inch Samsung tablet with Android 6.0 that will be launch soon though. A Full HD Samsung SM-T585 tablet was benchmarked earlier in March too. 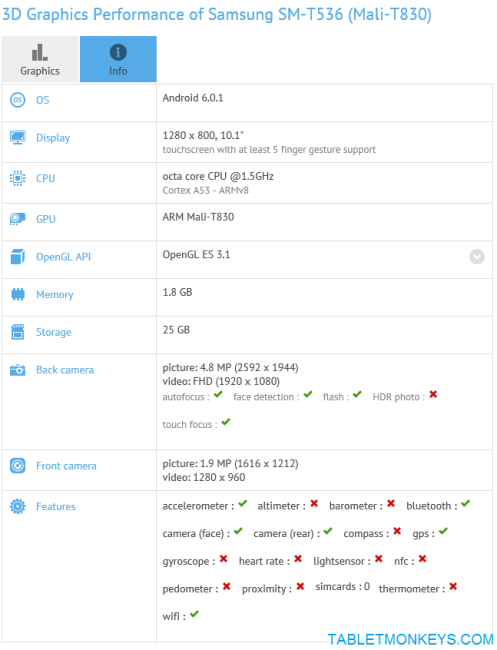 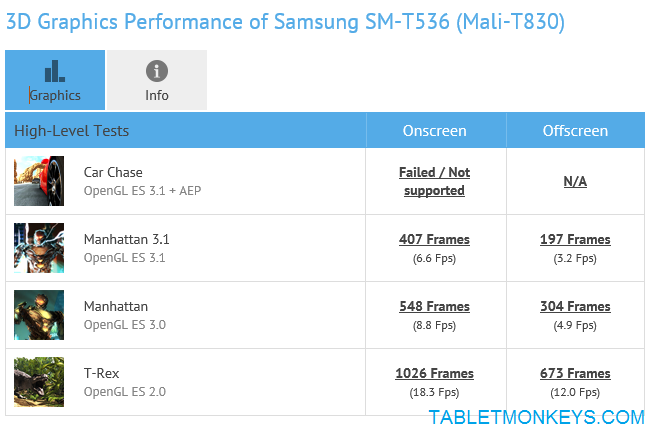