Samsung have at last unveiled the Galaxy Note 8.0 tablet computer. Seeing worldwide release in Q2 2013, it will keep the momentum going for Samsung’s grab of the tablet market.

The Galaxy Tab’s from Samsung have been the bestselling tablets internationally after the iPad for 2 years now. Samsung added their first Note tablet to their tablet lineup last year, when they released the very desirable Galaxy Note 10.1

, consistently the highest rated tablet on Amazon ever since. 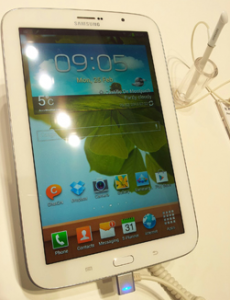 At the core of the Galaxy Note 8.0 lies the S Pen and the multitasking features.
The S Pen is embedded within the Note 8.0, and taking out the S Pen from the tablet will automatically ready up some of the pen features. The S Pen technology has also evolved a little from the Note 10.1 so that it now doesn’t even have to touch the screen to make commands. The pen will even control the physical menu/back buttons.

Multitasking can be achieved through the Dual View program, where two windows lets you operate different apps and programs at the same time, or allowing content to be resized, dragged and dropped as required.

Other hardware includes a accelerometer, digital compass, proximity sensor, and GPS, as well as a 5 Megapixel rear camera, and 1.3 Megapixel front camera. The weight for the 210.8 X 135.9mm device is set to 338g for the 3G model.

The OS it will ship with is currently known to be Android 4.1.2, though upgrades could be imminent by the time it’s released. The price was finally set in April, and the MSRP (Manufacturer Suggested Retail Price) is set to $399.
– Tom Bowen 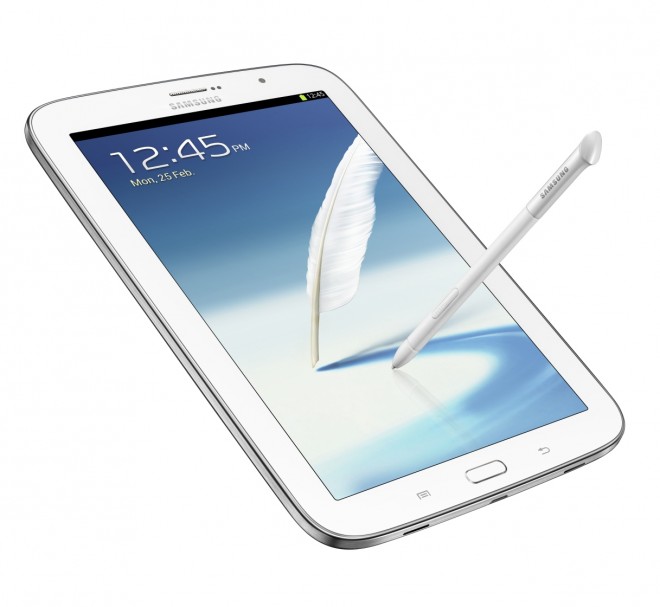 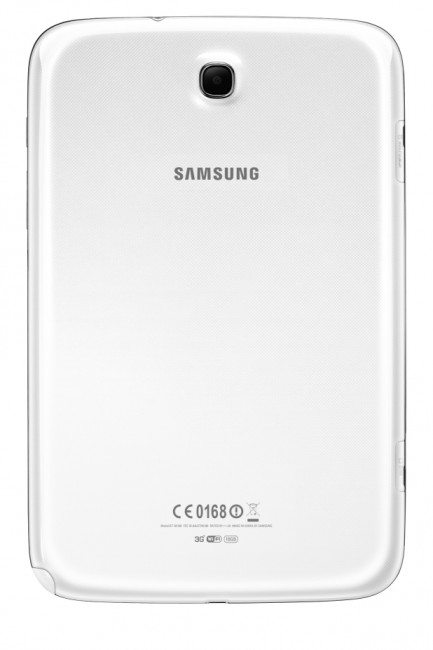