Tomorrow on September 22nd, Warner Brothers is releasing the Lego Ninjago movie, and for that occasion Samsung have teamed up with Lego to create a special edition Lego Ninjago Samsung Galaxy Kids Tablet 7.0 that will be released the week of October 8th for $149:
http://www.samsung.com/us/mobile/tablets/all-other-tablets/galaxy-kids-tablet-7-0

The features of the Samsung Galaxy Kids Tablet 7.0 Lego Ninjago tablet includes the green bumper case that protects the tablet and provides better grip for the smaller fingers and palms of kids, along with apps for kids, and a user interface that lets caregivers control and monitor just how time has been spent with the tablet, even displayed in a pie chart that shows time spent on doing math, or sciences, or social studies, just to mention a few.

The apps are filtered through Samsung Kids which is a $5 monthly subscription service with access to hundreds of ad free kids apps, a service which is free the first 3 months. Apps includes apps from well known brands like PBS Kids, DreamWorks Animation, Sesame Street, National Geographic, Thomas and Friends, but also Samsung itself.

Under the hood, the tablet itself is a 7-inch Android tablet running Android 4.4. This is because hardware of the tablet itself is the same as the other Kids edition of Samsung SM-T113. So that otherwise means a 1.3 GHz quad-core Spreadtrum T-Shark processor, 1GB of RAM, and 8GB of storage with support for microSD cards up to 32GB.

Customers pre-ordering from Samsung also gets Ninjago movie dog tags together with the children’s tablet. 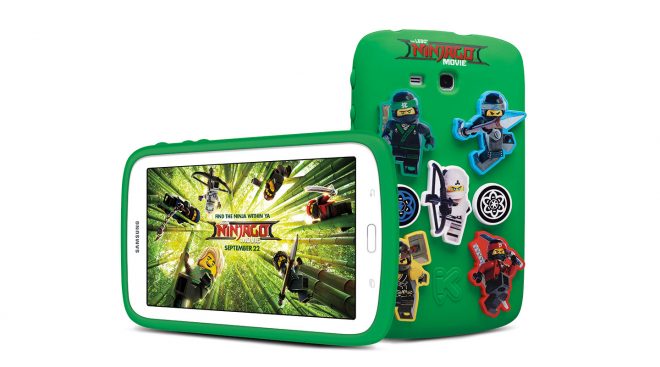 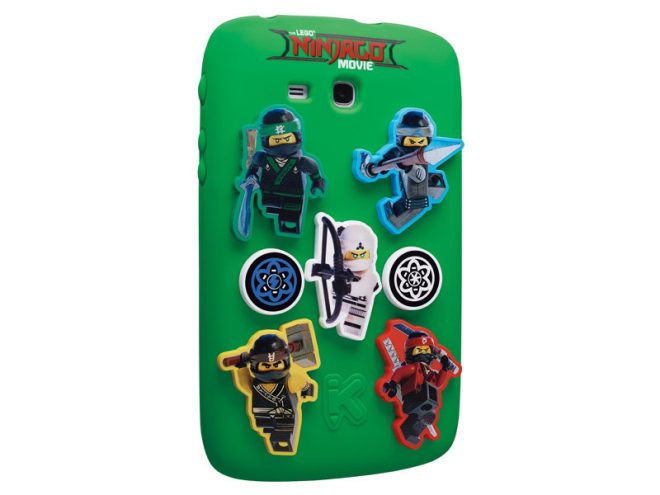