It’s been a while, but after six quiet months we are finally starting to hear words about Samsung’s upcoming 13.3-inch Android tablet again.

This tablet was actually confirmed by a Samsung representative last year, but Samsung have stayed silent about this tablet since then. Now two editions that have the codename Warhol have been leaked, with model number T911 for the 3G version and T910 for the Wi-Fi model.

Currently, the largest Android tablet from Samsung are their 12.2-inch Galaxy NotePRO and TabPRO, but other Android tablet manufacturers like Arhos already have Android tablets of this size, called the Archos FamilyPad.

And while I wouldn’t want one from Archos, I’m very interested in what Samsung is coming up with of this size. Samsung had already built a 13.3-inch dual OS tablet called Ativ Q last year, but with tech giants clashing instead of cooperating, it was halted before release. 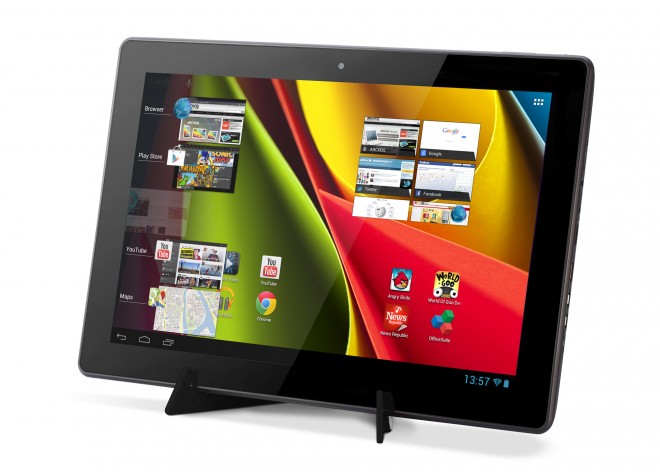