If you`ve been following our tablet website for some time, you already knew that Realme was going to unveil their first tablet today, on September 9.

And here it is, the Realme Pad. The first Realme tablet that the mobile brand has created. It will be launched for sale in India on September 16 from 13,999 Indian Rupee, or the equivalent of 190 USD.

The specs are as we had described here on Tabletmonkeys ahead of the launch, but lets dig into them in detail now. The operating system is called “realme UI for Pad” which is an Android skinned OS that works best with other Realme products, for interacting, sharing, and mirroring across devices.

Like a lot of other tablets in the 10.4-inch range, the Realme Pad also has 4 speakers, which on this tablet is enhanced by Dolby Atmos, Smart PA, and Hi-Res Audio standards.

The Realme Pad battery capacity is 7100 mAh, giving it a 12 hour battery life and 18W quick charge support. Standby time is very good too, with a 65 day standby time.

The tablet also supports reverse charging through the USB C port, so in a pinch this tablet could charge other devices, like a smartphone or smartwatch.

Tablets with built-in cellular connectivity have been popular in India for many years, so the LTE models naturally supports regular phone calls to.

The materials, finish, and design are upscale, with a 6.9mm thickness and a low weight of 440 grams. The color choices are actually named real Gold and real Grey.

So the Realme Pad is a good tablet debut for Realme, and a tablet that should do well in India as the first market, for those who want an alternative to the Samsung Galaxy Tab A7. 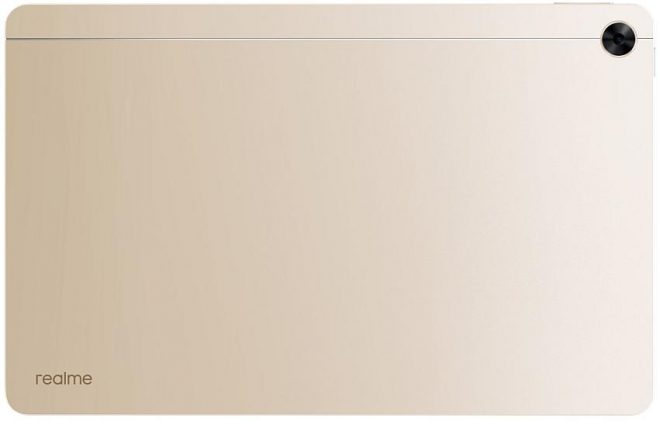