Not all new tablet projects materialize after a quick crowdfunding campaign, but here is one that looks very likely to materialize after the Raspberry Pi Tablet Raspad was fully funded first past its first goal, and then immediately after, funded past its second goal as well.

The estimated launch date is May for the RasPad, although that may be a little too optimistic since we are already in March already. Though I wish them luck, and hope to see it in about 2-3 months time.

The RasPad tablet is still available for a pre-launch crowdfunding discount though, starting at $129 for just the tablet, to $249 for a RasPad Beginner Kit that also includes a microSD card, Bluetooth keyboard, sensor kit, handbook, power adapter, and USB mic, and up to $735 for the RasPad Kit x uArm Robot Arm with Vision Camera on top of everything else.

In the kit box here’s as much 27 sensors, in addition to various LED’s, relays and a laser, as well as cables, remote control and a breadboard to test and build a setup on. So it should be much easier to start building with this Raspberry kit than any other.

As for the specs of the actual RasPad Tablet, the tablet looks like something between one of those small computers with a built-in screen, adn a regular tablet. 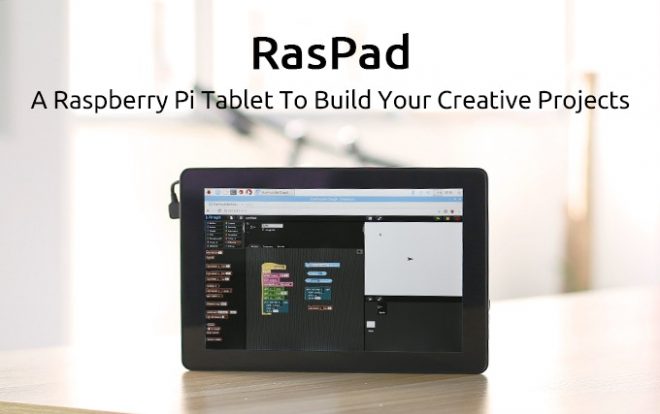 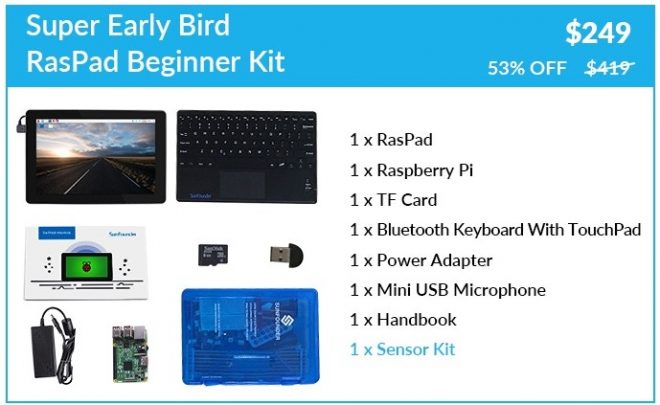 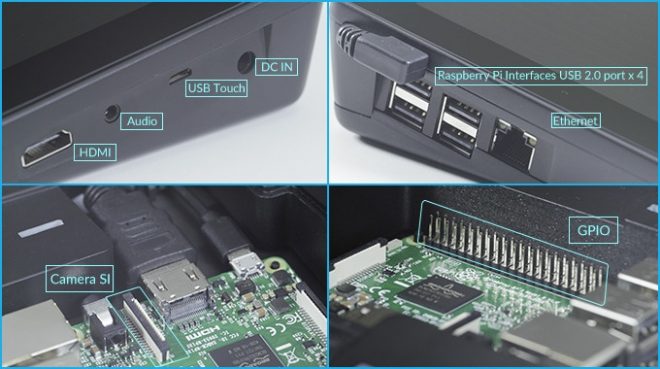