The display manufacturers have several foldable tablet and foldable phone screens on display as prototypes these days, as evident by the latest videos from Charbax, that Liliputing wrote about yesterday when it brought attention to a prototype of a foldable 10.2-inch E Ink eReader with a black and white display.

This time last year, Samsung was mostly ready to launch two foldable tablets for the start of 2017, but for several reasons they decided not to. And even Microsoft have been shown to have several patents on foldable tablets / foldable phones this year, and LG, Xiaomi, Oppo are also sitting on similar patents. So when can we expect the first foldable tablets? 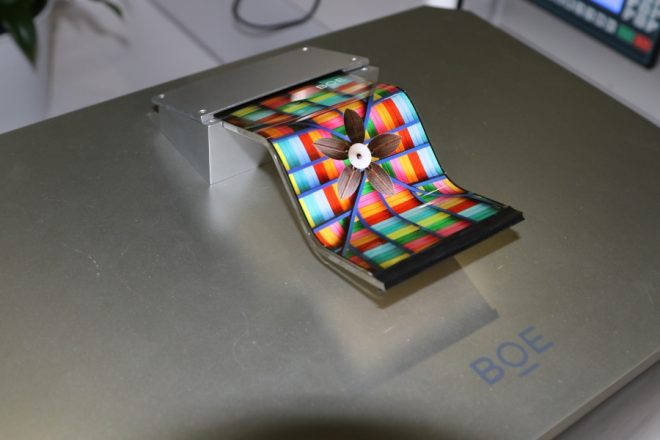 At the moment, Samsung is rumored to postpone their potential launch until 2018-2019. And the main reason on the product side is said to be in problems with elementary physics. Because while flexible OLED displays look good on tradeshows and in presentations where a company officer will bend the display on stage in front of the press, long term real world use and real world application is less forgiving.

The two main problems still to overcome are, how to keep a 0.1mm thick display from becoming brittle and crack over time, and how to smooth out the tablet display completely when it is unfolded, again without becoming fragile and creating dead pixels or worse.

These are still the main problems according to what I hear from engineers. Other problems associated with creating a foldable tablet and phone that is still thin, light, and practical, seems to be possible to overcome even at not too frightening prices.

But there could eventually be several categories of foldable mobile devices, as evident by the Cynora 10.2-inch E Ink eReader that is as thick as, well a book.