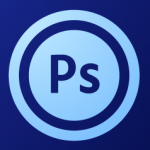 Photoshop Touch is an app that lets you edit images on your iPad, and much cheaper than with Photoshop for PC or Mac.

Adobe Photoshop Touch for iPad was launched during the Mobile World Congress in Barcelona in February, as 1 of 6 Creative Suite inspired apps tailor-made by Adobe for tablets. Even if Photoshop Touch has been available for Android tablets for months, it hasn’t been until now that this app has become available for iPad.

Both Android and iOS users have already had access to the free photo editing app Photoshop Express, but Photoshop Touch offers a whole new level of options, similar to the options offered on the pro version of Photoshop for Mac and PC’s, but for just a fraction of the cost. Additionally, Touch has some additional new capabilities made specifically for mobile design and social networking, that other Photoshop versions doesn’t have.

Photoshop Touch
As given away by the name, Photoshop Touch offers users the opportunity to edit images with their fingertips, which together with a different user interface than regular Photoshop is intended to make it more intuitive to use. 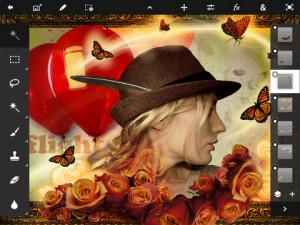 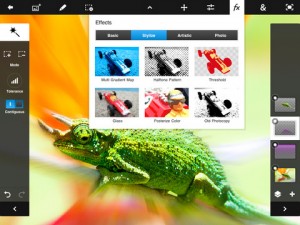 Thankfully, Photoshop Touch is designed to not be overwhelmingly complicated for new users, since this Photoshop app offers its own step-by-step tutorials for each effect you want to create, with image-effect galleries you can replicate and use for inspiration. Once a particular effect has been chosen, the interactive step-by-step instructions will teach you how to replicate that effect with your own images.
This is intended to make this app as easy to use for novices as it is for professionals.

In addition, users are also given a free Creative Cloud account, with features the opportunity to start editing your photo (in several layers) on the iPad, but then later synchronise your iPad (automatically) with your computer, and then continue to edit the photo on your computer.