After going through the patents for the 8 speaker iPad yesterday, I had to take another look at the various design patents for foldable tablets too, since patents have so far been a good indicator of what companies are up to what in the foldable tablet space.

And while we have already covered foldable tablets and dual-screen phones from every possible angle so far, there is another patent (pending) from Samsung in South Korea that shows a typical Samsung like solution to how a tablet with just a foldable tablet on one side, and no display on the other side, can still be made to function like a phone, with calls, text messages, and other notifications being available in a side bar.

And the idea is to not fold it in the middle, but to fold it a little bt further in, let’s say at 60%, so that 10% of the screen is still visible when closed. This could be done through a infinity display, and one patent sketch illustrates this in what looks like a 8-inch tablet when unfolded.

But another approach shows the traditional screen approach too though, with a foldable main display on one side, and another smaller phone display on the other side. 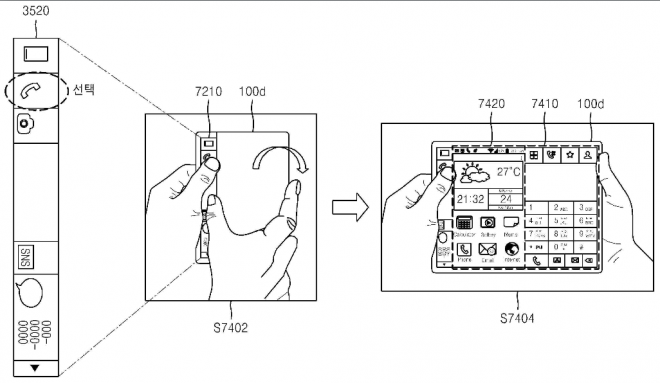 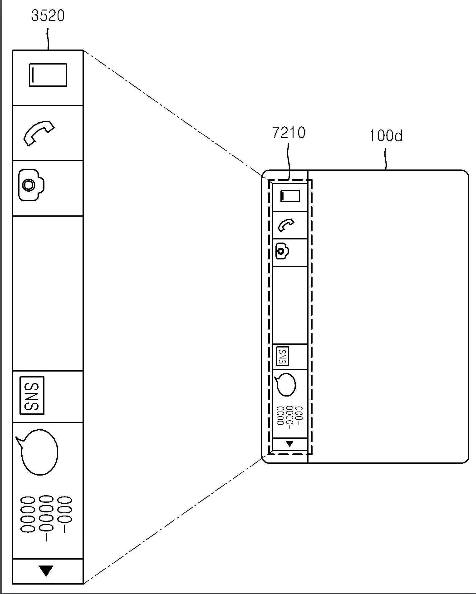 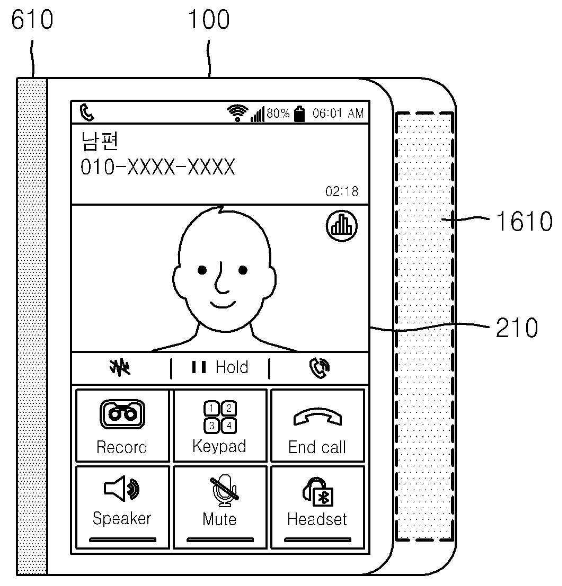