Osmo, the company behind the Osmo education kits for iPad and Fire tablets, is regularly releasing new education content for their physically interactive kits.

But one thing that have been missing is a dedicated case or cover that’s compatible with the Osmo reflector that goes over the camera. So next week Osmo is finally releasing an iPad case for the 10.2-inch iPads that solves just that problem.

The Osmo case for the iPad has a dedicated flap that can be opened to fasten the Osmo reflector to. That way the iPad will be both more protected when used by children, as well as being easier to grip from a table or desk.

It still leaves the rear camera, port, and buttons accessible too. The launch is set to February 22nd. 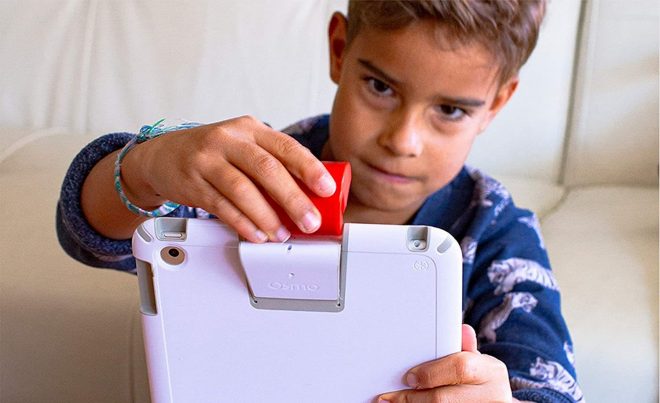