These Osmo kits have become pretty popular over the years, and they have stood up to some scrutiny too. Some of the Osmo kits are also available for the Fire tablets, but not any other tablets. So iPads and Fire tablets are what these kits are compatible with.

Some of the other Osmo kits take things a bit further, and even teaches people to code or learn about computer coding.

There’s always a good reason to be skeptical about devices sold as educational for kids, so what makes the Osmo stand out is that it’s not just an app.

The physical objects in the kit lets kids create and play around with physical objects, which is then picked up by the camera on the tablet, and used to interact in whatever app is being used, whether it’s a game or an educational app.

That red plastic cover over the camera is a reflector that makes the camera look right in front of it where the physical objects are seen by the camera, the tablet stand is called the base, which makes sure the tablet is tilted in the correct position. 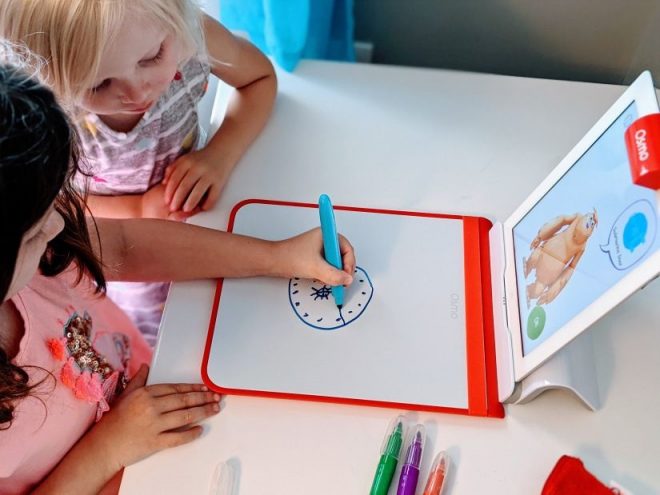